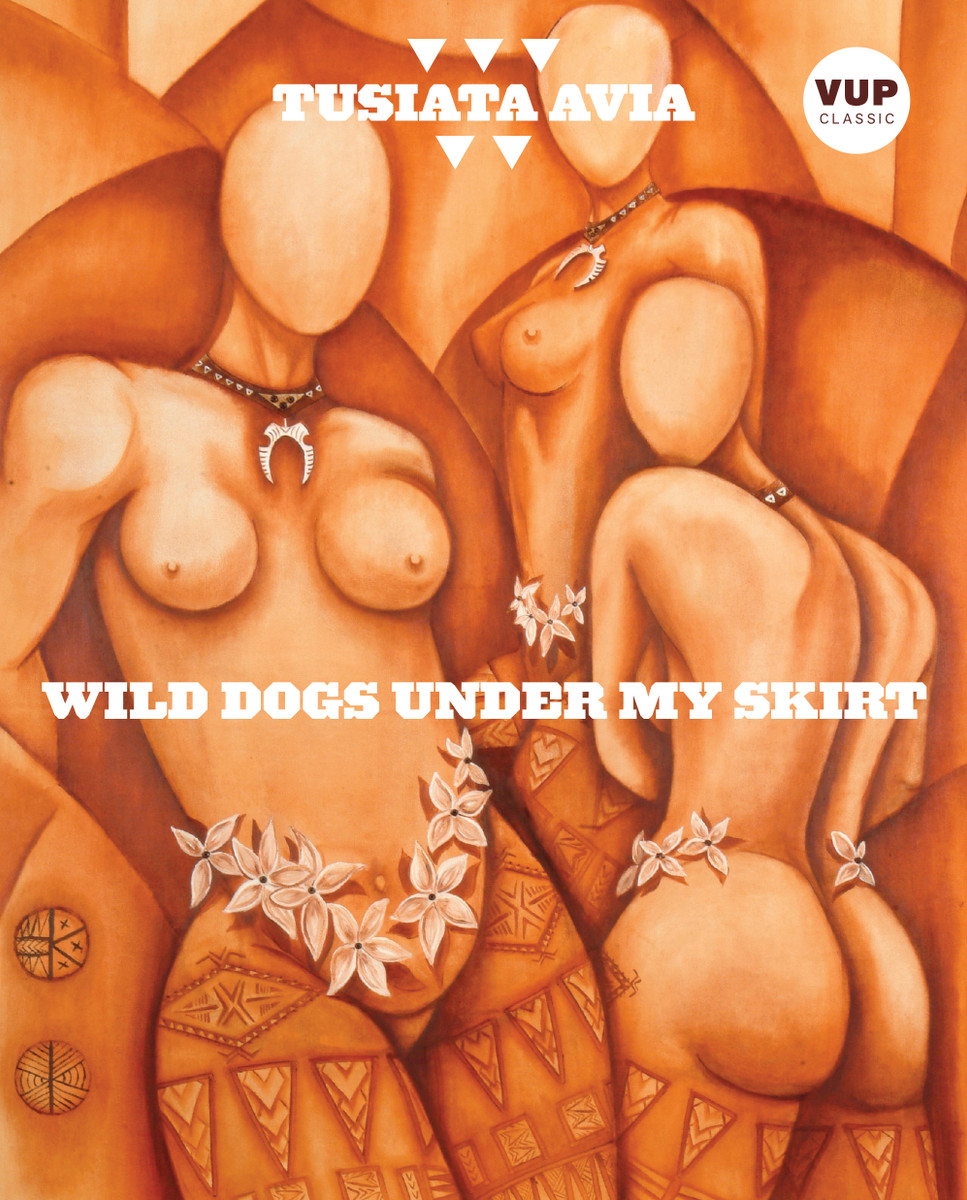 First published in 2004, Wild Dogs Under My Skirt was the debut poetry collection of prizewinning poet Tusiata Avia. Here, she draws on two different cultures and charts the sometimes painful points of their intersection. These poems are confrontational and entertaining, raw and lyrical. They occupy a world of legend and history – ‘we are direct descendants of flesh-eaters’ – and break into an urban landscape that is just as arresting and richly patterned. Avia’s poetry is alive with the energy and rhythm of performance and of an oral tradition. It also stakes out a unique physical life on the page, reshaping our language and our understanding of New Zealand culture.

‘In Tusiata Avia's first book of poems, Wild Dogs Under My Skirt, a culture hitherto sidelined steps to centrestage. Born and educated in New Zealand, Avia remains indissolubly connected to her Samoan heritage, even as her poems subvert its stereotypes. Samoa is the Other, a place of differences, and Avia, moving between two cultures while only half belonging to each of them, is our guide to its songs, jokes, customs, clothes, food and games. With her cool mocking style, her marvellous mimicry, her implied critiques of both neocolonialism and globalisation, she is an irresistible multicultural strategist. . . . Sexual decadence in nightclubs, corporal punishment from church ministers: the stories in these poems, told by a multitude of speaking characters, hold your fascinated attention.’ —David Eggleton, NZ Listener

Born in Christchurch in 1966, Tusiata Avia is an acclaimed poet, performer and children’s writer. Her first poetry collection, Wild Dogs Under My Skirt (2004) was also staged as a theatre show, including Off-Broadway, where it won the 2019 Outstanding Production of the Year. This was followed by Bloodclot (2009), the Ockham-shortlisted Fale Aitu | Spirit House (2016), and The Savage Coloniser Book (2020), which won the Mary and Peter Biggs Award for Poetry at the 2021 Ockham New Zealand Book Awards. Avia held the Fulbright Pacific Writer’s Fellowship at the University of Hawai‘i in 2005 and the Ursula Bethell Writer in Residence at University of Canterbury in 2010. She was the 2013 recipient of the Janet Frame Literary Trust Award, and in 2020 was appointed a Member of the New Zealand Order of Merit for services to poetry and the arts.