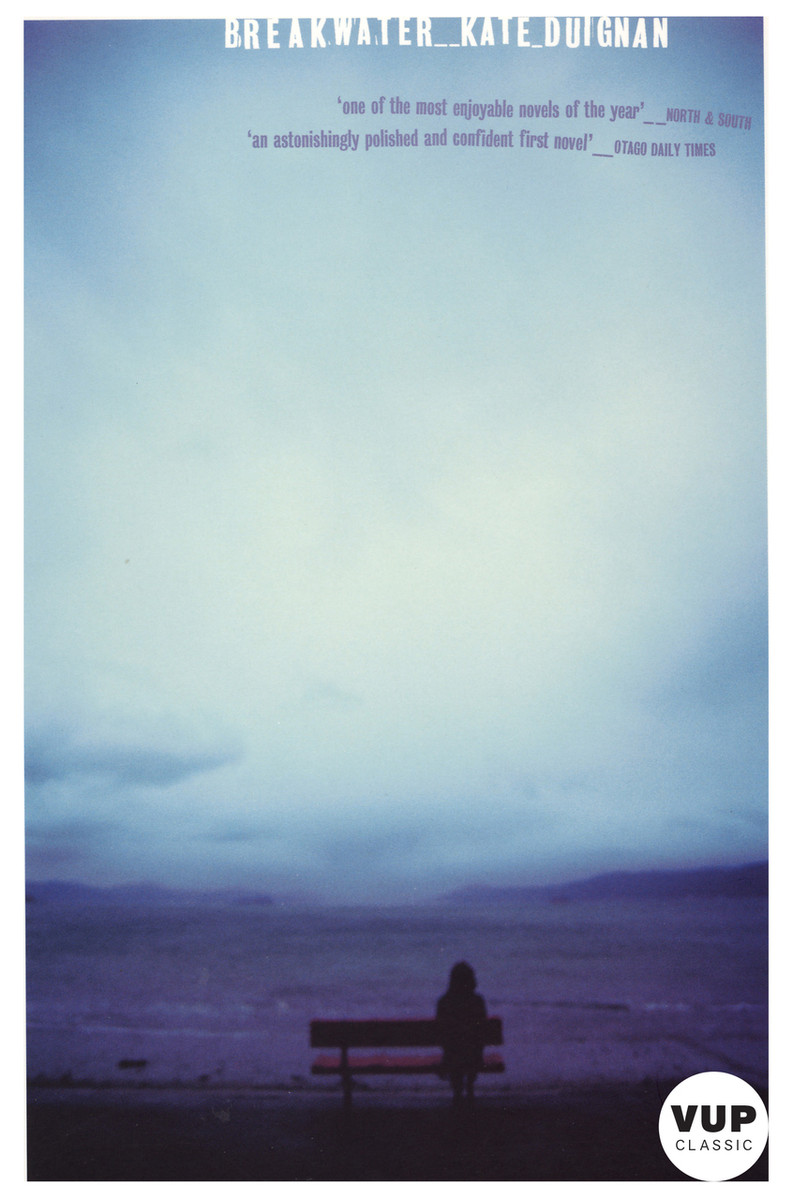 First published in 2001, Breakwater is the critically acclaimed debut novel by the author of The New Ships (2018).

A young woman and the baby she didn’t plan, an older woman and the daughter she might lose, are brought together by the accidents of life in this moving first novel.

In her first year of university Ella finds herself unexpectedly pregnant, and coincidentally finds herself a comfortable place in the home of a new friend, Tessa. But no sooner is the baby born than Tessa is seriously injured in a car accident, and as her mother, Louise, struggles to cope, Ella becomes more withdrawn and preoccupied. Relationships become strained and then sundered – until finally a chance moment of reconciliation in Louise’s Breakwater Café.

Kate Duignan’s first novel, Breakwater, was published by Victoria University Press in 2001 and her second novel, The New Ships, in 2018. She has published in Landfall and Sport, and has been anthologised in The Penguin Book of Contemporary New Zealand Short Stories (2009) and The Auckland University Press Anthology of New Zealand Literature (2012). Kate received the Louis Johnson New Writer’s Bursary in 2002, and held the Robert Burns Fellowship at Otago University in 2004. Kate lives in the Aro Valley, Wellington, with her partner and children.