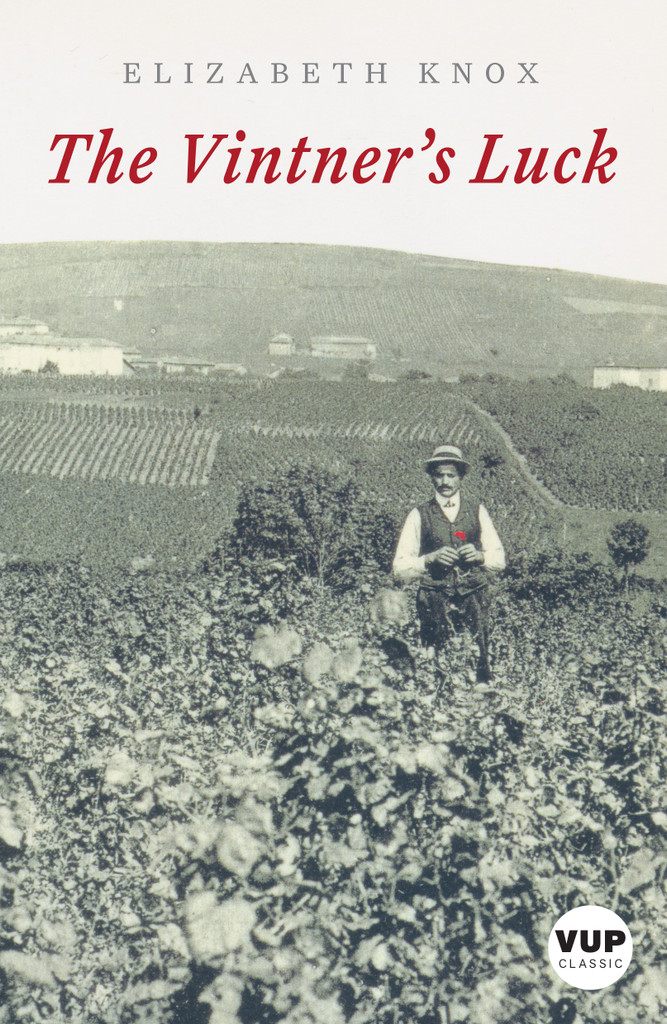 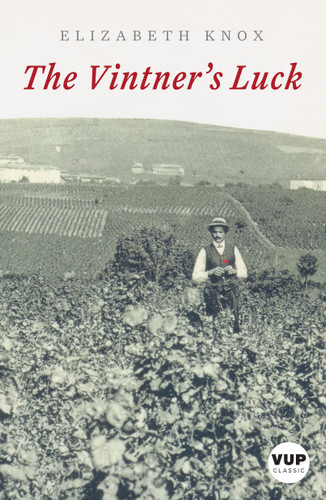 A tale of love, wine and angels, The Vintner’s Luck was published in 1999 around the world in numerous editions and languages. It won the Deutz Medal for Fiction at the 1999 Montana New Zealand Book Awards, where it also received the Readers’ Choice and Booksellers’ Choice awards, was longlisted for the 1999 Orange Prize, and won the 2001 Tasmania Pacific Prize.

Burgundy, 1808. One night Sobran Jodeau, a young vintner, meets an angel in his vineyard: a physically gorgeous creature with huge wings that smell of snow, a sense of humour and an enquiring mind. Every year on the midsummer anniversary of the date, they meet again. Village life goes on, meanwhile, with its affairs and mysteries, marriages and murders, and the vintages keep on improving – through the horrors of the Napoleonic wars, and into the middle of the century, as science marches on, viticulture changes, and gliders fly like angels.

Elizabeth Knox is the author of ten novels – most recently The Absolute Book – a trilogy of autobiographical novellas, three fantasy novels for young adults, and a collection of essays. She has received many honours, including the 1988 PEN Best First Book Award for After Z-Hour, the 2006 Esther Glen Award for New Zealand children’s literature for Dreamhunter, and an American Library Association Michael L. Printz Honor Award for Young Adult Literature in 2008 for Dreamquake. She held the Victoria University of Wellington Writers Fellowship in 1997, and the Katherine Mansfield Memorial Fellowship in Menton in 1999. She was an inaugural New Zealand Arts Foundation Laureate in 2000, and was made an Officer of the New Zealand Order of Merit in 2002. She lives in Wellington with her husband and son.

The Vintner's Luck Film-Tie In Edition

Vintner's Luck, The - B format