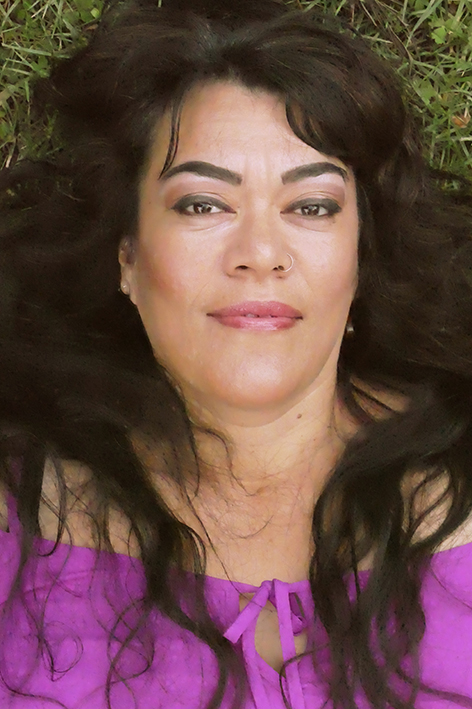 Tusiata Avia was born in Christchurch in 1966, of Samoan descent. She is an acclaimed poet, performer and children’s book writer. Her poetry collections are Wild Dogs Under My Skirt (2004; also staged as a one-woman theatre show around the world from 2002–2008), Bloodclot (2009), Fale Aitu | Spirit House (2016), shortlisted at the 2017 Ockham New Zealand Book Awards, and The Savage Coloniser Book (2020), winner of the Mary and Peter Biggs Award for Poetry. Tusiata has held the Fulbright Pacific Writer’s Fellowship at the University of Hawai’i in 2005 and the Ursula Bethell Writer in Residence at University of Canterbury in 2010. She was also the 2013 recipient of the Janet Frame Literary Trust Award. In the 2020 Queen's Birthday Honours, Tusiata was appointed a Member of the New Zealand Order of Merit for services to poetry and the arts.

‘Savage is as savage does. And we’re all implicated. Avia breaks the colonial lens wide open. We peer through its poetic shards and see a savage world – outside, inside. With characteristic savage and stylish wit, Avia holds the word-blade to our necks and presses with a relentless grace. At the end, you’ll feel your pulse anew.’ —Selina Tusitala Marsh, New Zealand Poet Laureate 2017–19

'. . . utterly alluring. The supernatural quality of her imagery perfectly brings the concept of ghosts to the fore of her collection. Avia is an expert at her craft and finds layers and layers of memory in old homes, broken buildings, echoed words.' —Emma Shi, Booksellers NZ

'an urgent, politicised collection, which finds eloquent ways to dramatise and speak out against horrors, injustices and abuses, both domestic and public. The poems are tough, sensuous, often unnerving. Prose poems, pantoums, short lyrics, list poems, hieratic invocations: the passionate voice holds all these together. We teleport between geographies and cultures, Samoa to Christchurch, Gaza to New York. The world we think we know is constantly made strange, yet disconcertingly familiar; the unfamiliar seems normal, close to home.' —Judges' comments on Fale Aitu | Spirit House, 2017 Ockham NZ Book Awards

‘I think Tusiata Avia is one of the most exciting new writers to have come along in recent years. Her work does what the work of major writers is supposed to do: it enlarges the way you see the world.’ —Bill Manhire