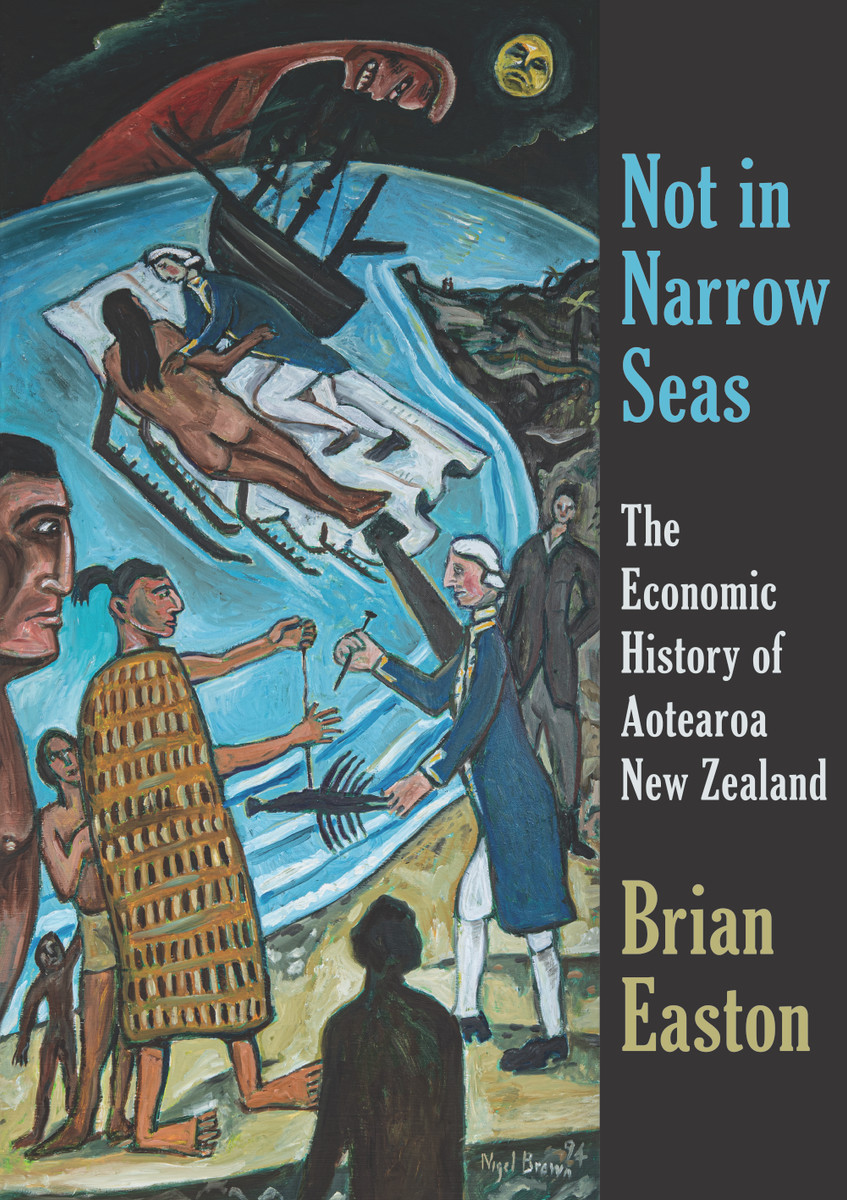 Not in Narrow Seas is a major contribution to the history of Aotearoa New Zealand. It covers everything from the traditional gift-based Māori economy to the Ardern government’s attempt to deal with the economic challenges of global warming, and is the first economic history to underline the central role of the environment, beginning with the geological formation of these islands.

Economist Brian Easton throws new light on some cherished national myths. He argues that Britain’s entry into the EEC was not the major turning point that many assume; of much more lasting importance was the permanent collapse of wool prices in 1966. He asks how far it is true that New Zealand is an egalitarian country where ‘Jack’s as good as his master’. He offers the most extensive investigation yet of the Rogernomics revolution of the 1980s and early 1990s, and shows that governments of left and right are still grappling with its legacy.

Easton deals with the major economic trends since the war – the movement of Māori into the cities, of women into paid work, and of Pasifika people to Aotearoa. He analyses the rise of the modern Māori economy and the increased political power of business, and includes vivid pen portraits of the important yet largely unremembered people who shaped our economy. This is also a profoundly political history, which focuses not only on governments but the share of votes won by the parties: it is our first MMP history.

Dr Easton, a well-known commentator and author of numerous books, here offers his greatest work, the fruit of a lifetime of reflection and research.

'Not In Narrow Seas is really a lifetime of work turned into an accessible and sometimes challenging book on the economic history of New Zealand.' —Shamubeel Eaqub, Newsroom

'These are historic times we are living through, so there is illumination, and some comfort, to be derived from contemplating our history. A richly informative contribution to that is Brian Easton’s latest book Not in Narrow Seas: The Economic History of Aotearoa New Zealand. It is history from an economist’s perspective and the better for it, because the economy is not some abstraction. It is where we all live.' —Brian Fallow, NZ Herald