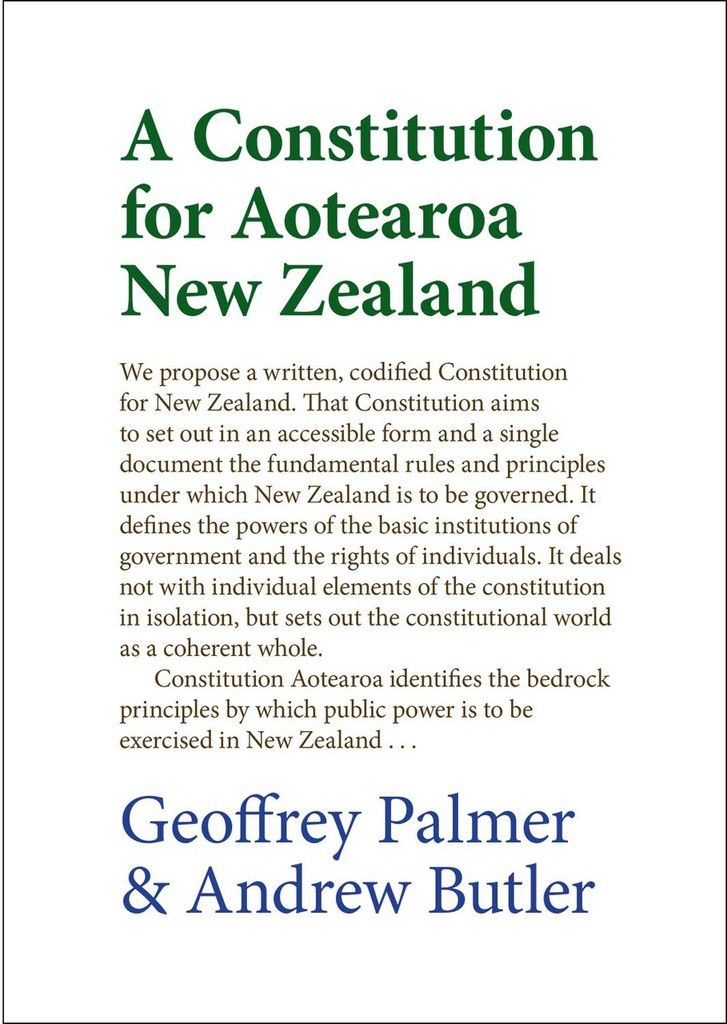 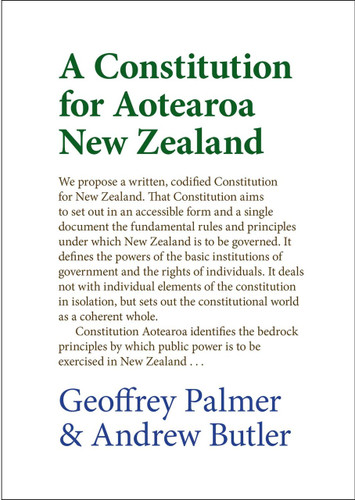 New Zealand needs a constitution that is easy to understand, reflects our shared identity and nationhood, protects rights and liberties, and prevents governments from abusing power.

The current constitution is vague, jumbled and unclear. It can be easily overridden or changed according to political whim. This book aims to change that. It proposes a modern, codified constitution that is accessible and clear, and it aims to stimulate debate about who we are as a nation and how we should be governed – so we can forge enduring arrangements now, instead of waiting for a crisis to force our hand.

While A Constitution for Aotearoa New Zealand proposes some important changes, it is at pains to preserve the sound elements of our past and our unique constitutional culture. The authors conclude by seeking your feedback on their proposals, which will be reflected in a second edition to be published in 2017.

Ultimately this book is an impassioned plea for government to be transparent, accountable, responsive, and reflect the values of all New Zealanders.

Rt Hon Sir Geoffrey Palmer QC is a Wellington barrister. He was a law professor before entering New Zealand politics as the MP for Christchurch Central in 1979. In Parliament he held the offices of Attorney-General, Minister of Justice, Leader of the House, Minister for the Environment, Deputy Prime Minister and Prime Minister. Since leaving politics in 1990 he has been a law professor, a law firm partner, president of the Law Commission, chair of the Legislation Advisory Committee, New Zealand’s Commissioner to the International Whaling Commission, and chair of the Panel of Inquiry on the 31 May 2010 Flotilla Incident for the United Nations. He is a Distinguished Fellow at the Faculty of Law Victoria University of Wellington and a Global Affiliated Professor of Law at the University of Iowa.

Dr Andrew Butler is a litigator at Russell McVeagh, Wellington. He has extensive experience at trial and appellate level, in both public and commercial law, much of it high profile. He has been an academic lawyer at the Victoria University of Wellington, where he taught comparative constitutional law and human rights law among other subjects. He later became a member of the Crown Law Office. He has published on a range of commercial and public law issues.

Availability:
Out of Print

Maori and the State: Crown–Maori Relations in New Zealand/Aotearoa 1950-2000