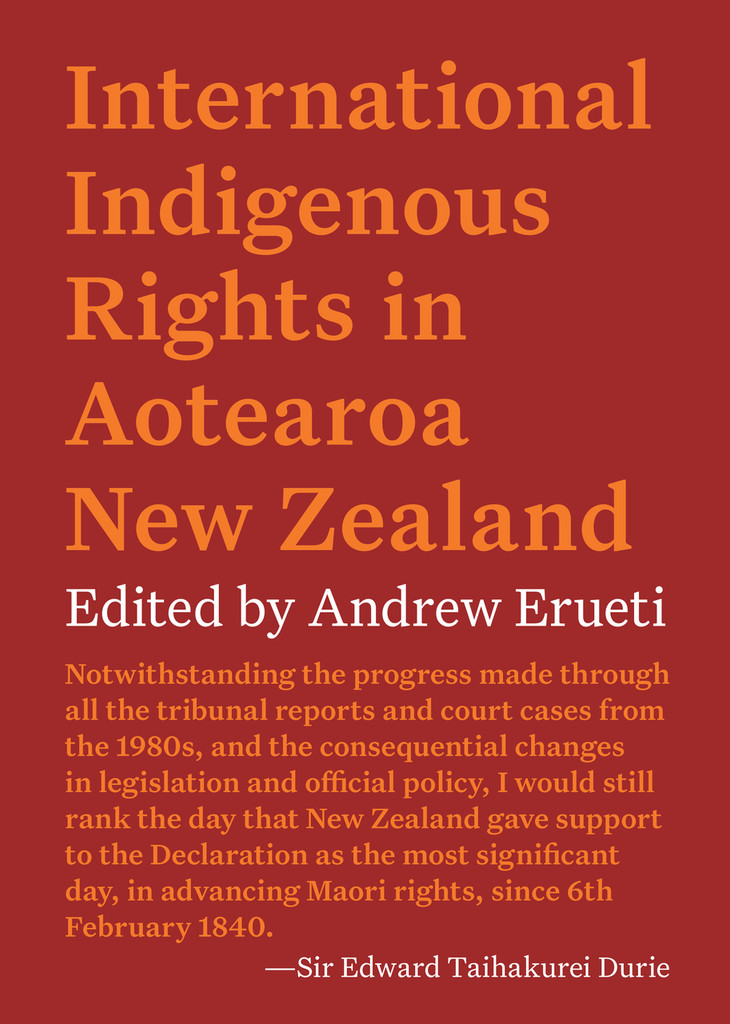 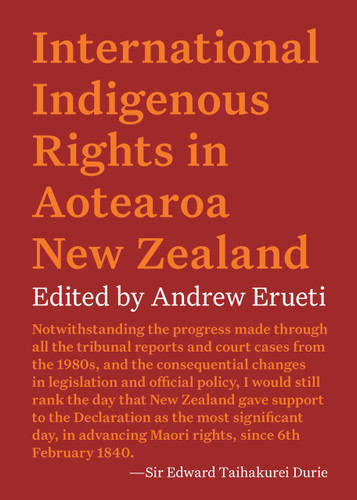 Notwithstanding the progress made through all the tribunal reports and court cases from the 1980s, and the consequential changes in legislation and official policy, I would still rank the day that New Zealand gave support to the Declaration as the most significant day, in advancing Maori rights, since 6th February 1840.
— Sir Edward Taihakurei Durie

Over the past four decades, international indigenous rights have become a prominent aspect of international law and are now enshrined in the UN Declaration on the Rights of Indigenous Peoples. Yet, while endorsed by Aotearoa New Zealand in 2010, little remains known about how these standards came about, how the international movement that created them was established, and the implications of these standards on national reforms already protecting Māori rights.

International Indigenous Rights in Aotearoa New Zealand seeks to answer these questions. This collection of essays places the Declaration in the context of New Zealand rights around such issues as Treaty settlements, mining policy and the status of Māori children. Crucially, it also asks how Māori can hold New Zealand to account against international indigenous rights.

Andrew Erueti lectures in indigenous and Māori rights at the Law Faculty of the University of Auckland. Prior to joining the faculty, he was the adviser to Amnesty International on indigenous rights and has worked with Māori and other indigenous communities in advancing their rights through various UN and regional human rights treaty bodies.