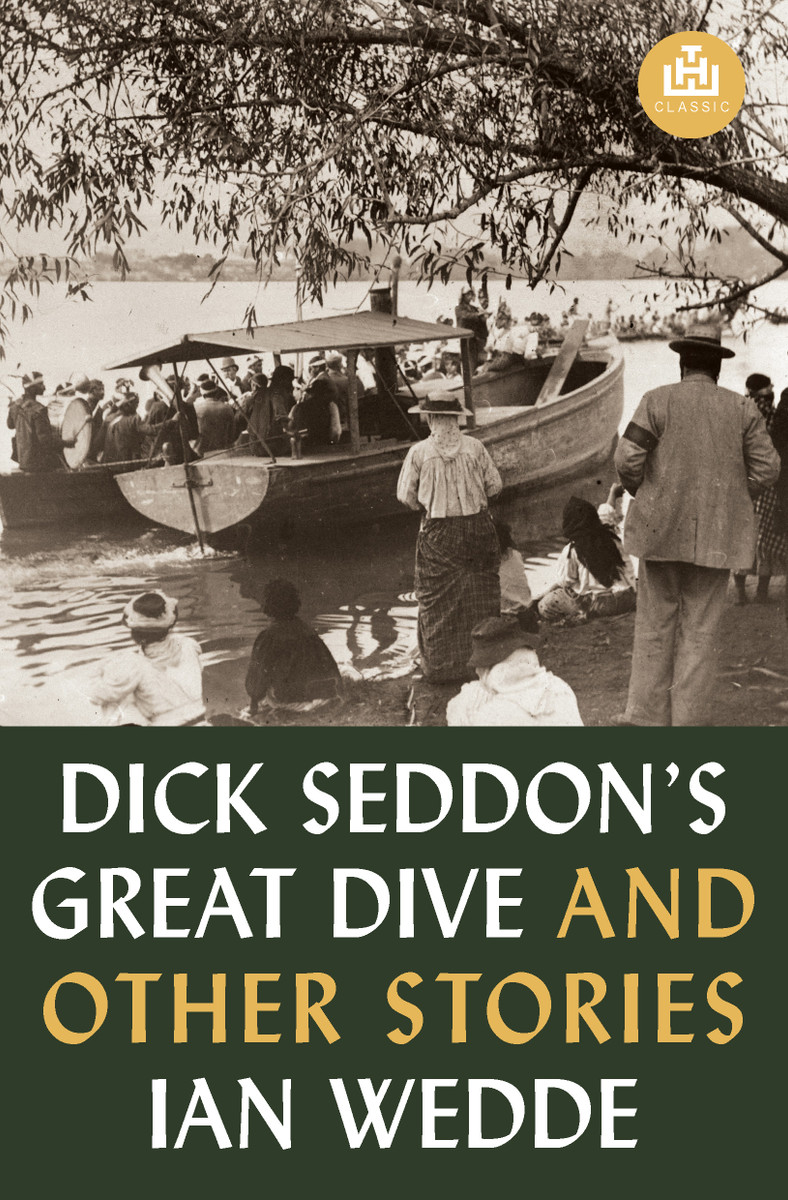 First published as a special issue of Robin Dudding’s literary magazine Islands (Vol. 5, No. 2, Winter 1976), Dick Seddon’s Great Dive won the 1977 New Zealand Book Award for Fiction, and was republished in The Shirt Factory and other stories by VUP in 1981.

Dick Seddon’s Great Dive traces the story of a love affair through 1970s New Zealand counterculture, traveling between the poles of Bethells Beach and Port Chalmers. Parties and drugs fill daily life, while the land’s true history and the dispossession of its original owners press the story to its tragic conclusion.

‘These stories are striking in their originality and their versatility.’ —Elizabeth Caffin, NZ Listener

Ian Wedde is the author of eight novels, fifteen collections of poetry, two collections of essays, and a number of anthologies and art monographs. His most recent novel is The Reed Warbler (2020), and The Little Ache – a German notebook, written while he was in Berlin to research The Reed Warbler, was published in July 2021. His memoir, The Grass Catcher: A Digression About Home, was published in 2014, and his Selected Poems in 2017. Decentred: Selected Essays 2004–2020 will be published in late 2022.

Ian is the recipient of numerous awards, fellowships and grants. Among the most recent are the Meridian Energy Katherine Mansfield Memorial Fellowship at Menton in France (2005), a Fulbright New Zealand Travel Award to the USA (2006), an Arts Foundation Laureate Award (2006), a Distinguished Alumni Award from the University of Auckland (2007), an ONZM (2010), and the Landfall Essay Prize (2010). In 2011–13 Wedde was New Zealand’s poet laureate. He was awarded the Creative New Zealand Writers’ Residency in Berlin 2013–14, and in 2014 the Prime Minister’s Award for Literary Achievement (poetry). He lives in Auckland.

Cover photo: ‘Ngāruawāhia Regatta: Dick Seddon's Great Dive. 1900s. They are waiting for him to come up. He stayed under for 5 mins. A record!’ Alexander Turnbull Library 50786 1/2

The Little Ache – a German notebook