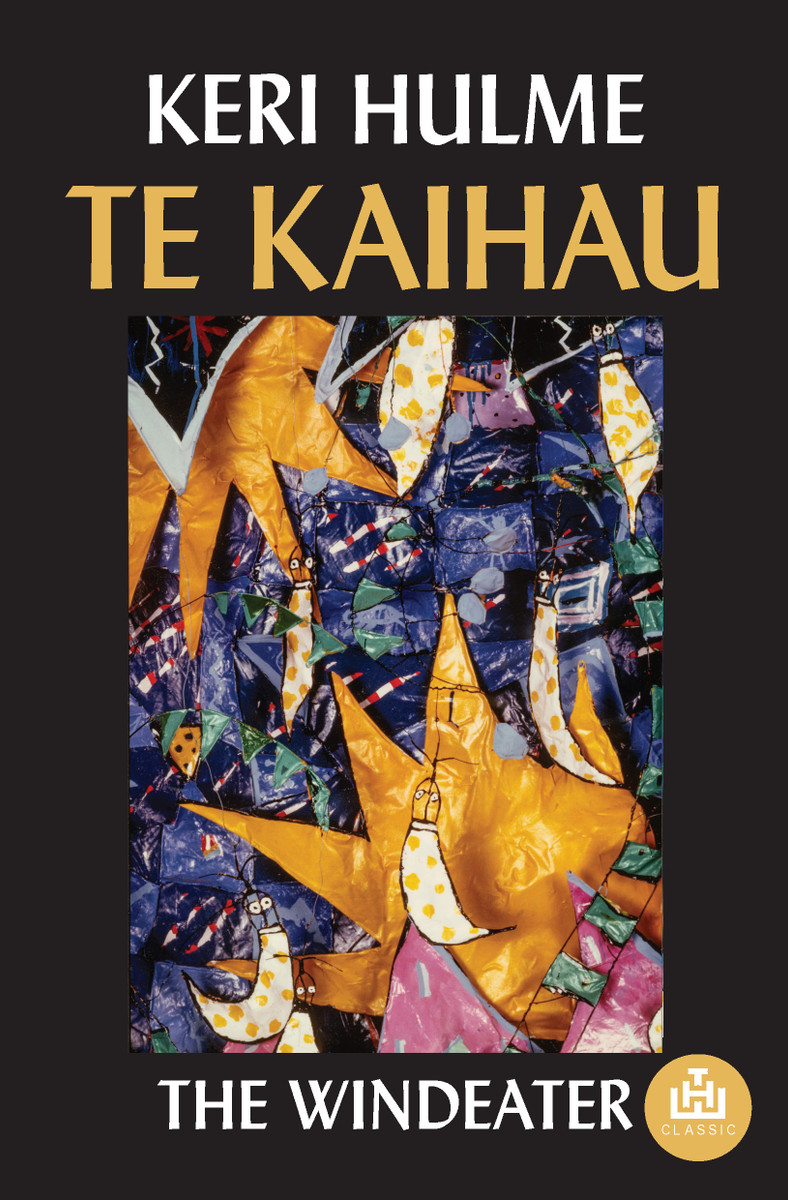 Te Kaihau | The Windeater was launched at the inaugural New Zealand Arts Festival Writers and Readers Week in March 1986, four months after The Bone People won the 1985 Booker Prize.

These 20 stories were written over more than a decade and range from widely anthologised classics like the novella-length ‘Te Kaihau’ itself, ‘Hooks and Feelers’ and ‘One Whale, Singing’, to stories seldom encountered outside these pages. One, ‘A Drift in Dream’, offers a pre-bone people glimpse of Simon and his family.

‘To match the variety of forms and the exuberance of the language, the characters tumble out at you, energetically grabbing hold of your imagination. Sometimes mysterious, allusive, reflective, sometimes jaunty, rollicking, careless . . . and sometimes tugging you fearfully towards a world you’d rather not enter, then making you glad you did.’ —Renee, Broadsheet (1986)

‘Te Kaihau|The Windeater invites you to be a risky reader. You won’t be disappointed.’ —Harry Ricketts, Dominion (1986)

Keri Hulme (1947–2021) was born in Christchurch, of Kāi Tahu, Kāti Māmoe and Orkney ancestry on her mother’s side, and English on her father’s. She identified Moeraki on the Otago East Coast as her tūrangawaewae-ngākau, and lived for over 30 years in a house she built herself, in Ōkārito on the West Coast.

Keri Hulme’s novel the bone people, published by the Spiral Collective in 1984, was the most widely read and influential book of its time in Aotearoa New Zealand, and was published around the world in many languages, winning the Booker Prize in 1985. Her other books include poetry, The Silences Between (Moeraki Conversations) (1982), a novella, Lost Possessions (1985), and two collections of short stories, Te Kaihau | The Windeater (1985) and  Stonefish (2004). She held the Robert Burns Fellowship at the University of Otago in 1977 and the Canterbury University Writing Fellowship in 1985, and was awarded the QEII Arts Council Scholarship in Letters in 1990.