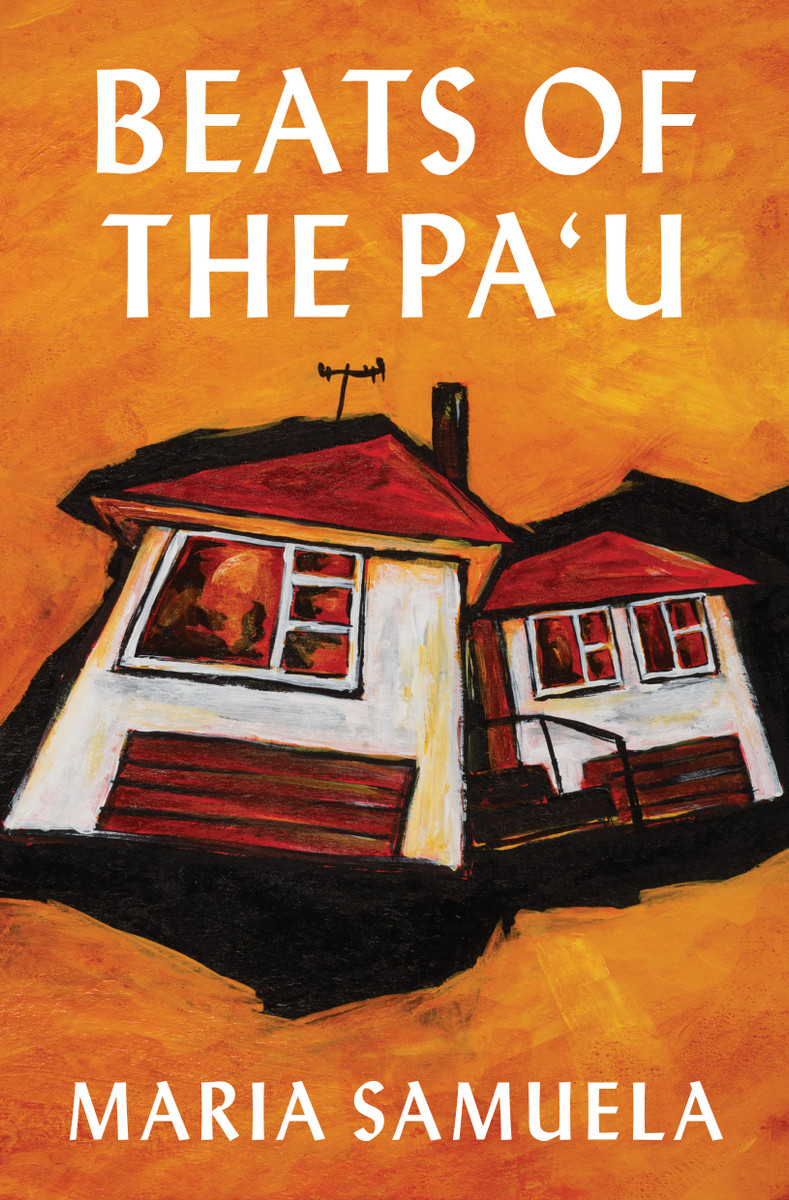 And in the night time we will dance in the moonlight to the quick, steady beats of the pa‘u.

The pa‘u is the pulse of the Cook Islands, a rhythm carrying narratives of a culture to its people. But beyond the reach of its sound, on another shore, a community is working over the course of decades to build a new life.

Kura lands in the footsteps of his father, whose twenty-year estrangement has come to a head. Katerina starts planning for a future, but must bend to the whim of another. Ana is received into a sacred sisterhood. And an Island Mama sets out the rules for love.

Beats of the Pa‘u is a collection of stories about first- and second-generation Cook Islands New Zealanders living in 1950s to modern-day New Zealand. Powerful, poignant and gently funny, Beats portrays life lived uneasily in the tempo of a different place, by characters who are woven together through community, family and home.

'What gives Samuela’s writing its extraordinary power is that she doesn’t flinch from sharp, clear-eyed observations and wry depictions of truths, both pleasant and unpleasant, about a particular neighbourhood, using language articulated with an insider’s precision and radar-like ear.' —David Eggleton, Newsroom

'Intimate, beautifully-crafted stories of first and second generation Cook Islanders living in New Zealand since the 1950s. Themes of coming of age, isolation, connectedness, disconnectedness, love, lust and hope, are explored with a tenderness that breathes gently from the characters on the page.' —Audrey Brown-Pereira, The Spinoff

'Samuela’s collection is a stellar addition to the chorus of Pasifika voices enriching the literature of Aotearoa New Zealand.' —North and South

Maria Samuela was born in Wellington, where she still lives, and is of Cook Islands descent. She’s had stories published in Turbine, Sport 46, Takahē, and adda, and read on National Radio. Her stories have appeared in anthologies Middle Distance: Long Stories of Aotearoa New Zealand and A Game of Two Halves: The Best of Sport 2005–2019. She also writes for children.

In 2019, her story ‘Bluey’ was shortlisted for the Commonwealth Writers Short Story Prize. In 2020, a second story was longlisted. She’s held residencies at the University Bookshop (in association with the Robert Lord Cottage) and the Michael King Writers Centre. She has an MA in Creative Writing from the International Institute of Modern Letters.

Beats of the Pa‘u is her first collection of short fiction.