$0.00
Check out Edit cart
Home / Non-fiction / Biography / A Lifetime in Politics: The Memoirs of Warren Freer 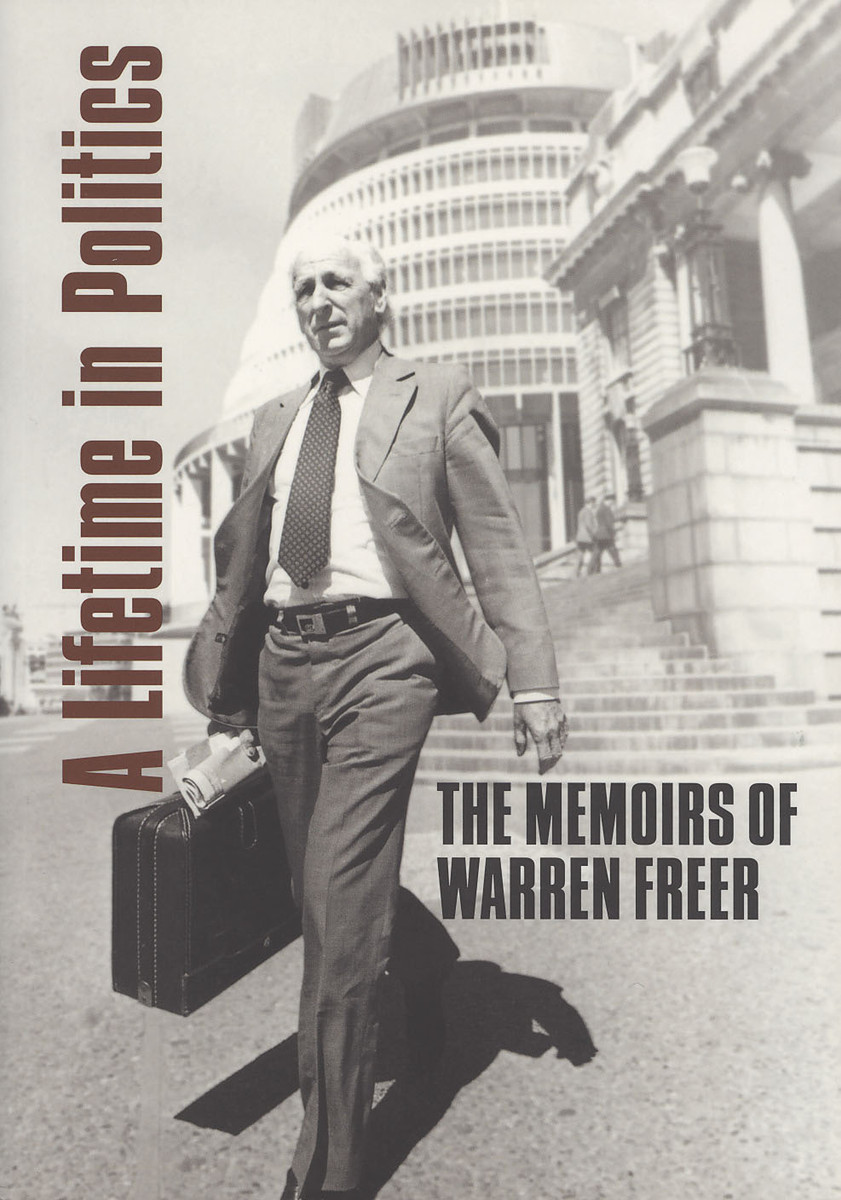 A Lifetime in Politics: The Memoirs of Warren Freer

A Lifetime in Politics was launched at Parliament 29 May 2004 by the Prime Minister The Right Hon Helen Clark (who inherited Freers Mt Albert safe Labour seat in 1981).

Warren Freer entered parliament at the age of 26 in a 1947 by-election, and was the Labour MP for Mt Albert until his retirement in 1981. A Lifetime in Politics is his own account of those 34 momentous years. Freer gives valuable first-hand accounts of many of the key parliamentary personalities of the time, including the Labour leaders Fraser, Nash, Nordmeyer, Kirk and Rowling. He provides many insights into changes in parliamentary working conditions over the years, how newspapers were run, how industrialists supported parties and why, and reminds us of the changes that have taken place in New Zealand's political culture and social attitudes.

In 1955 Warren Freer spent five months travelling in Asia, and was the first western politician to visit communist China – against the instructions of Labour leader Nash, but with the blessing of National prime minister Holland. This experience led to a life-long passion for Asia, which he visited many times, and a strong commitment to working for New Zealand's foreign trade interests.

Warren Freer was close to Norman Kirk and Minister of Trade and Industries in his cabinet. He writes in gripping detail about the Labour Partys rise to electoral success under Kirk, the innovations of his government, and his tragic early death in office.
When Warren Freer retired from parliament his seat was taken by Helen Clark, entering parliament for the first time. He stayed in touch with politics, and includes here his reflections on the Lange Labour government of the 1980s. In 1996 he moved to Noosa in Queensland, and he concludes his memoir with a tribute to the late Sylvia, his wife of 62 years.

A Lifetime in Politics: The Memoirs of Warren Freer gives a personal insight into politics of his era in a way that no other book has done. A valuable contribution to New Zealands political and social history, it is also an accessible and engaging life story.