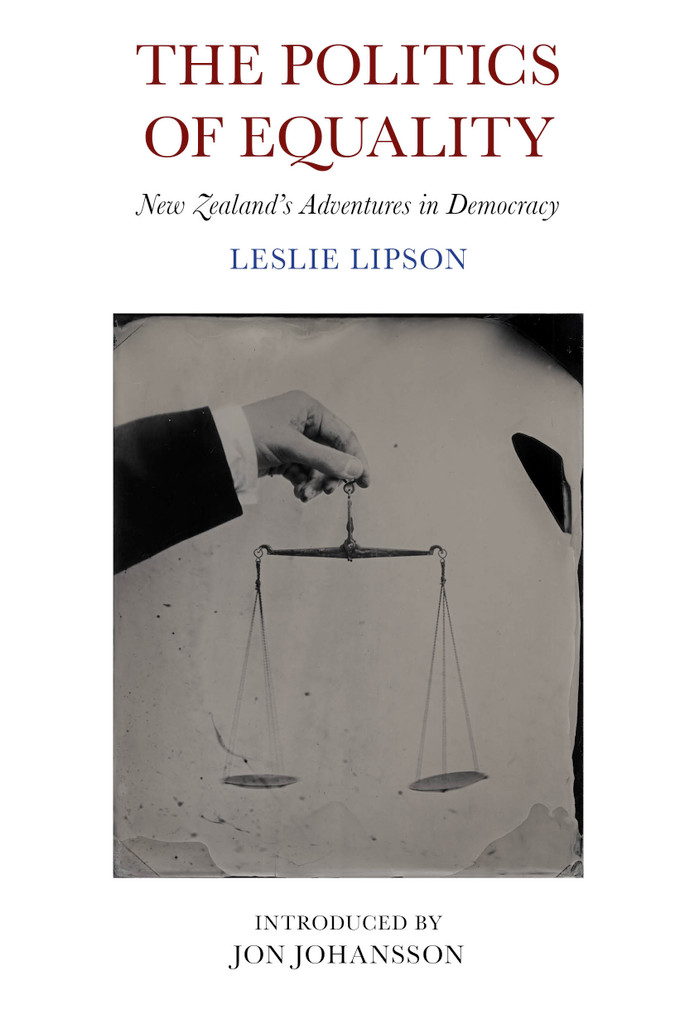 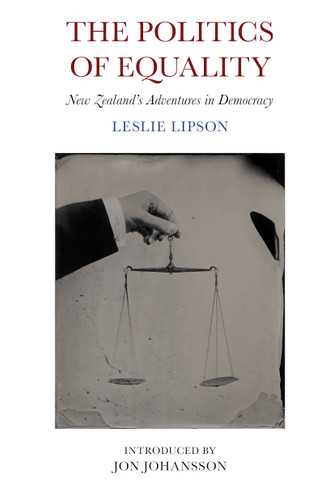 First published by the University of Chicago Press 1948; this edition published 2011

In January, 1939, Leslie Lipson became the foundation Professor of Political Science at Victoria, and in the University of New Zealand as a whole. During his seven years in Wellington he wrote The Politics of Equality: New Zealand’s Adventures in Democracy, published in 1948 by the University of Chicago Press. This was immediately recognised as a classic contribution to our political literature, but it has long been out of print. Dr Jon Johansson and Victoria University Press are, therefore, to be warmly congratulated for making it available again (as is the estate of Leslie Lipson).

‘When Leslie Lipson returned to Victoria in 1989, to participate in the Jubilee of his founding of the School of Political Science, he said, “I learned that a small people can be a truly great power in formulating and practising humane social values. In this way all my subsequent thinking, teaching and writing have borne the imprint of the years I spent in Wellington.” Those of us who have followed Leslie Lipson in thinking, teaching, and writing about politics at Victoria have similarly borne the imprint of his Politics of Equality.’
—Margaret Clark, Emeritus Professor of Political Science

Jon Johansson is a political scientist and the current chief of staff for New Zealand First. He has been a lecturer in comparative politics at Victoria University of Wellington, and is the author of several works, including Two Titans: Muldoon, Lange & Leadership (2005) and The Politics of Possibility: Leadership in Changing Times (2009).