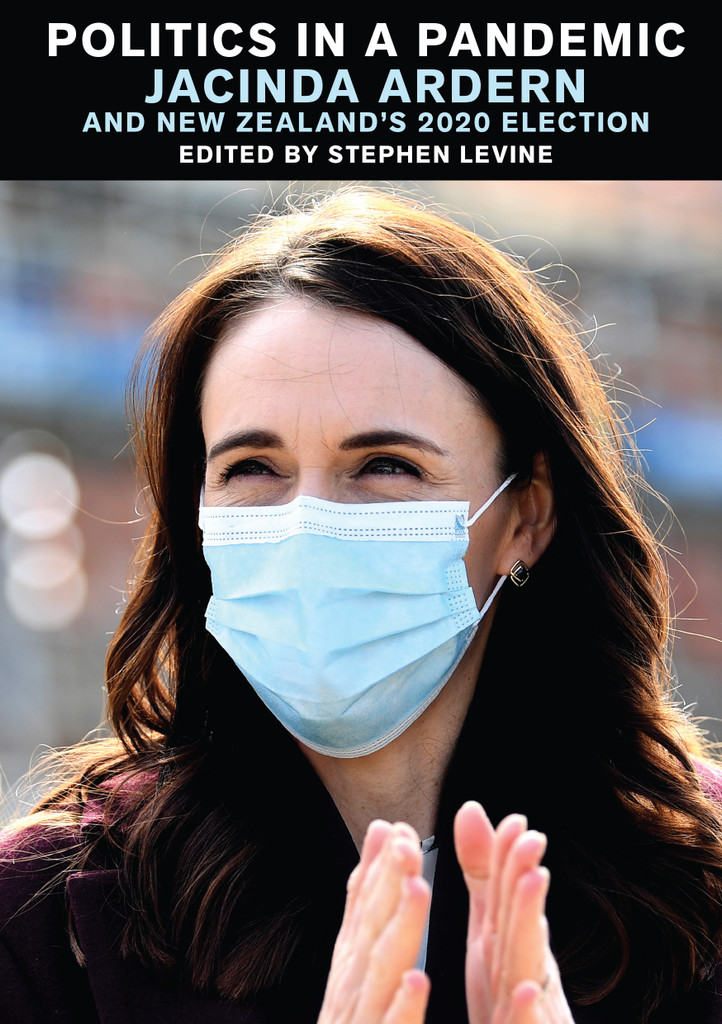 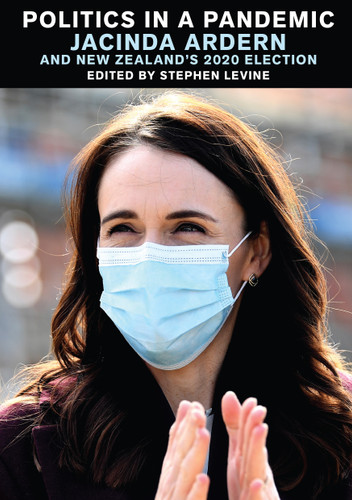 2020 was a year unlike any other. Still in her first term as prime minister, Jacinda Ardern found herself facing her biggest challenge yet – protecting New Zealanders against a worldwide pandemic. By year’s end New Zealand had kept its nerve, protected its borders, and for the most part kept its residents alive and well. In the midst of all this an election was held. Politics in a Pandemic provides a deeper understanding of what happened during the election, which was held in the most difficult circumstances facing New Zealand since the Second World War.

It includes contributions from the New Zealander of the Year, Jacinda Ardern, and the Wellingtonian of the Year, epidemiologist Professor Michael Baker, as well as the National Party’s Judith Collins, Greens’ co-leaders James Shaw and Marama Davidson, ACT’s leader David Seymour, the Minister for Covid-19 Response Chris Hipkins, and award-winning journalists Tova O’Brien and Henry Cooke, along with many other reporters, pollsters and academics, together providing 35 perspectives on the election. Personal reflections are complemented by UMR survey results, first-hand campaign accounts, the perspectives of overseas observers, and analysis of everything from political cartoons and billboards to leaders debates, political party funding, policy and populism. It covers the departure of New Zealand First, the return of the Māori Party, nationwide referendums on euthanasia and the legalisation of cannabis, and the Christchurch mosque attacks. But ultimately, the 2020 election was a referendum on Jacinda Ardern’s leadership in a time of pandemic. This book explains why she won and what this might mean for the country’s future.

Politics in a Pandemic is the twelfth in a series of election books going back to 1987 – including The Baubles of Office (2007), Kicking the Tyres (2012), and Stardust and Substance (2018) – essential for anyone interested in New Zealand’s government and politics.

Overview of the Election

7   Jacindamania in Canada: Coverage in the Great White North – Tina Marie Barton
8   The 2020 New Zealand election: The view from Australia – Nicholas Economou and Zareh Ghazarian
9   ‘And the winner is . . . New Zealand’: The view from the UK – Tim Bale
10   Jacinda Ardern’s election: A European perspective – Aljoscha Kertesz
11   A faraway but close relationship: The view from Chile – Valentina Jofré Méndez

12   Covering the 2020 election: Platforms and the plague – Henry Cooke
13   The 2020 election: A television journalist’s perspective – Tova O’Brien
14   A tale of two campaigns: Covid vs Chaos: Mainstream media coverage of the lead-up to Election 2020 – Mark Boyd
15   Social media, online politics and the 2020 election – Sarah Hendrica Bickerton
16  ‘Getting closer to the truth’: The 2020 election cartoons as commentary, protest and critique – Michael Grimshaw

17   The 2020 election, the Covid-19 emergency, and the need to improve our response capacity for even more serious threats –  Michael G. Baker
18   Well-being and the Covid crunch: The economy and the 2020 election – Simon Chapple
19   Housing and the Sixth Labour Government – Brodie Fraser
20   The Christchurch shooting and the 2020 New Zealand election – Ayca Arkilic
21   New Zealand’s foreign and defence policy, 2017–2020 – Robert Ayson

The Campaign, the Results and the Formation of the Government

A Lifetime in Politics: The Memoirs of Warren Freer