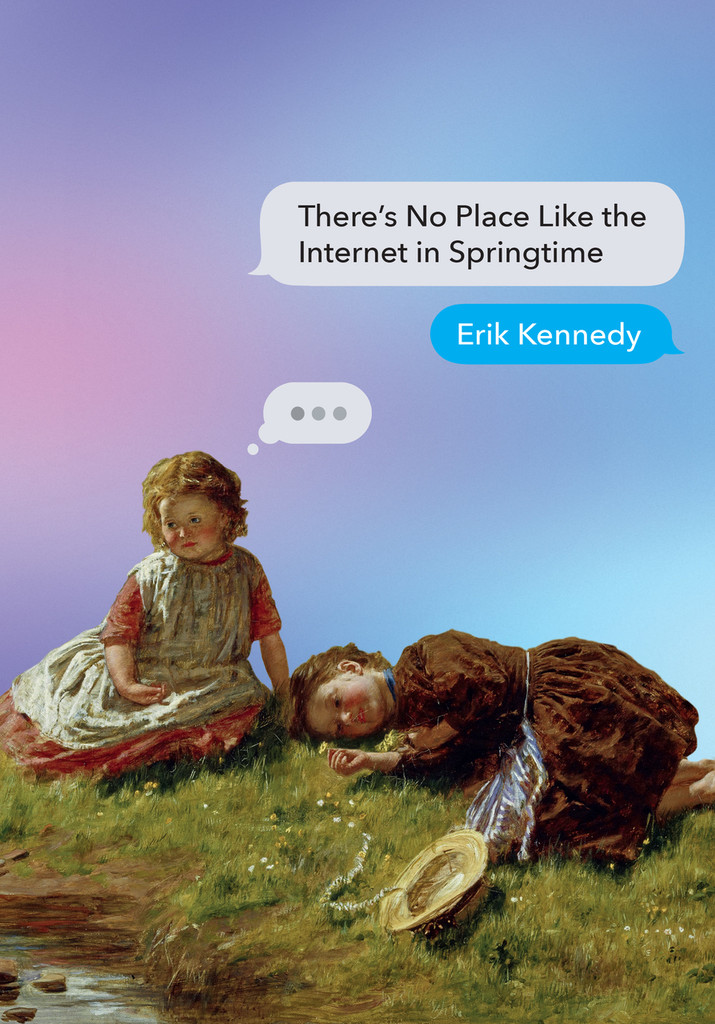 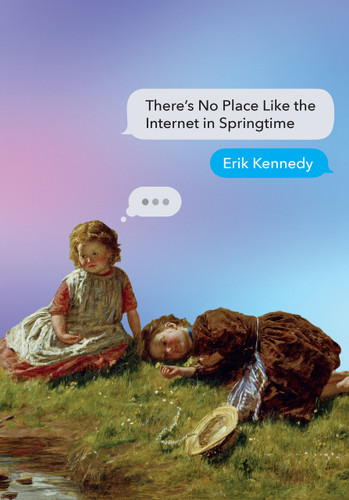 Wait, am I thinking of the internet?
Oh, maybe not, but what I’m thinking of
is desperate and very, very like it.

'Layering comedy over insight over rue and pathos over comedy, mixing its flexible couplets with beautifully spiky free verse, Erik Kennedy’s first collection should climb up all the right charts: his phrases can go anywhere, then come back, and he has figured out how to sound both trustworthy and nonplussed, both giddy and humble, in the same breath. Sometimes he impersonates spiny lobsters; sometimes he’s a socialist chambered nautilus. Sometimes he’s our best guide to the globe-trotting ridiculous. And sometimes (start with ‘Mailing in a Form Because There’s No Online Form’) he’s the ‘un-flick-off-able’, so-wrong-he’s-just-right guide to the way we live now.' —Stephanie Burt

'Erik Kennedy’s frequently playful book offers intellectual and aesthetic surprises, not least of which in the way it moves beyond its ironic mode to at times vulnerable meditations on politics, family, relationships and the self. ... Kennedy’s frequently light tonal touch belies the difficulty of the linguistic manoeuvres it deftly performs.' —Judges' comments, 2019 Ockham New Zealand Book Awards

'Erik Kennedy, steeped in his craft, knows his poetic ropes and that is why his book is a constant delight.' —James Norcliffe

Erik Kennedy lives in Christchurch and is the poetry editor for the online literary journal Queen Mob’s Teahouse. His poetry chapbook Twenty-Six Factitions was published with Cold Hub Press in 2017. There’s No Place Like the Internet in Springtime is his first full-length collection.

There's a Medical Name for This

The internet of things

Some Things to Place in a Coffin

Intellectual Property and the Regulation of the Internet