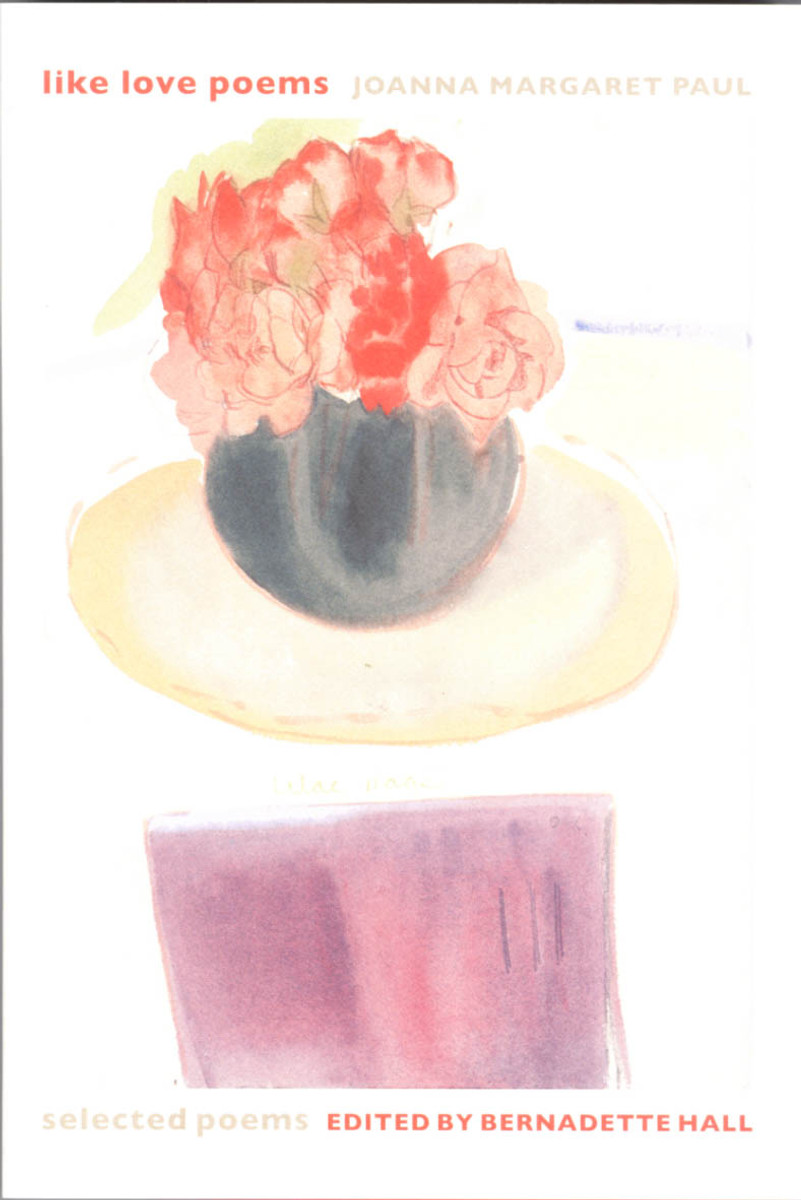 Joanna Margaret Paul's tragic early death in 2003 robbed us of a major poet, the scale of whose achievement was only fragmentarily grasped even by her admirers. Bernadette Hall has worked through Paul's legacy of artists books, small press publications and manuscripts to present her work in full for the first time.

Following a three-part structure that had been established by Paul herself in early notes towards a selected poems, she gives us 75 luminous poems.

Named one of the Listener's Best Books 2006
'beautifully produced, fastidiously and intelligently edited collection. These are poems at once of lyrical beauty and rigorous exactness, poems about love that are utterly terrifying ("the conversation"), and poems about gardening that, like Ursula Bethell's (a significant influence, I suspect), turn out to be poems about the universe.' —Hugh Roberts

'One reads this book with an excited sense of discovery and a painful sense of loss.' —Peter Simpson

Bernadette Hall is a leading Christchurch poet, playwright and literary editor. She was for many years a close friend of Joanna Margaret Paul, and has edited this book with the agreement and assistance of Pauls literary executors and family. She has just taken up her position as Writer in Residence for 2006 at Victoria University.