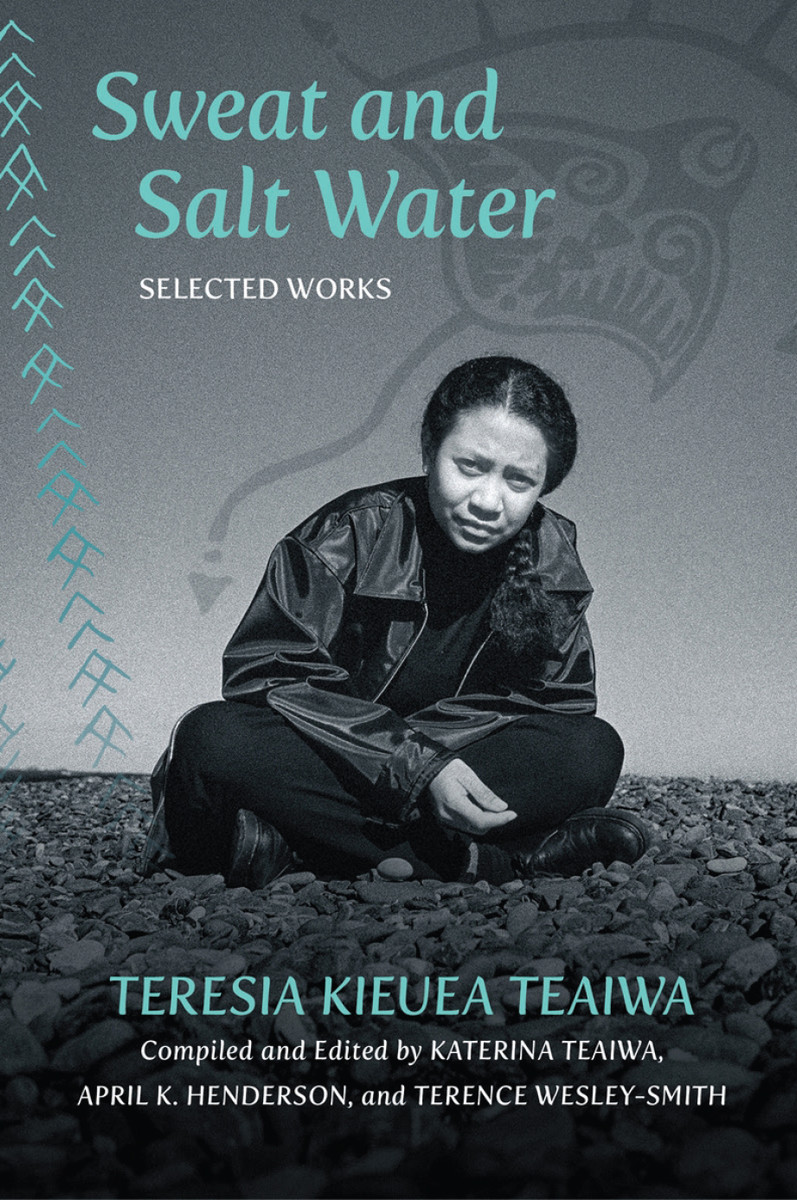 On 21 March 2017, Associate Professor Teresia Kieuea Teaiwa passed away at the age of forty-eight. News of Teaiwa’s death precipitated an extraordinary outpouring of grief unmatched in the Pacific studies community since Epeli Hau‘ofa’s passing in 2009. Mourners referenced Teaiwa’s nurturing interactions with numerous students and colleagues, her innovative program building at Victoria University of Wellington, her inspiring presence at numerous conferences around the globe, her feminist and political activism, her poetry, her Banaban/I-Kiribati/Fiji Islander and African American heritage, and her extraordinary ability to connect and communicate with people of all backgrounds.

This volume features a selection of Teaiwa’s scholarly and creative contributions captured in print over a professional career cut short at the height of her productivity. The collection honors her legacy in various scholarly fields, including Pacific studies, Indigenous studies, literary studies, security studies, and gender studies, and on topics ranging from militarism and tourism to politics and pedagogy. It also includes examples of Teaiwa’s poems. Many of these contributions have had significant and lasting impacts. Teaiwa’s “bikinis and other s/pacific notions,” published in The Contemporary Pacific in 1995, could be regarded as her breakthrough piece, attracting considerable attention at the time and still cited regularly today. With its innovative two-column format and reflective commentary, “Lo(o)sing the Edge,” part of a special issue of The Contemporary Pacific in 2001, had similar impact. Teaiwa’s writings about what she dubbed “militourism,” and more recent work on militarization and gender, continue to be very influential. Perhaps her most significant contribution was to Pacific studies itself, an emerging interdisciplinary field of study with distinctive goals and characteristics. In several important journal articles and book chapters reproduced here, Teaiwa helped define the essential elements of Pacific studies and proposed teaching and learning strategies appropriate for the field.

Sweat and Salt Water includes fifteen of Teaiwa’s most influential pieces and four poems organized into three categories: Pacific Studies, Militarism and Gender, and Native Reflections. A foreword by Sean Mallon, Teaiwa’s spouse, is followed by a short introduction by the volume’s editors. A comprehensive bibliography of Teaiwa’s published work is also included.

Associate Professtor Teresia Kieuea Teaiwa (1969–2017) was an influential scholar, teacher, activist and poet, and director of Pacific Studies and Samoan Studies at Victoria University of Wellington.

About the volume editors

Katerina Teaiwa is associate professor and deputy director HDR (Higher Degree Research) in the School of Culture, History and Language, College of Asia and the Pacific, at the Australian National University. She is vice president of the Australian Association for Pacific Studies, chair of the Oceania Working Party of the Australian Dictionary of Biography, and the arts editor of The Contemporary Pacific: A Journal of Island Affairs. She is also a practicing visual artist whose work has been featured in exhibitions in Australia, New Zealand, and Hong Kong; author of Consuming Ocean Island: Stories of People and Phosphate from Banaba (Indiana University Press, 2015) and coeditor, with Polly Stupples, of Contemporary Perspectives on Art and International Development (2016).

April K Henderson is senior lecturer and director of Va‘ao­manū Pasifika—Programme in Pacific Studies and Samoan Studies at Te Herenga Waka Victoria University of Wellington (VUW). Her writing on Pacific engagements with popular culture and diasporic identity appears in The Vinyl Ain’t Final: Hip Hop and the Globalization of Black Popular Culture (2006) and Made in Australia and Aotearoa/New Zealand: Studies in Popular Music (2018), as well as the New Zealand Journal of Media Studies and The Contemporary Pacific. She serves on the editorial board of Popular Communication: The International Journal of Media and Culture and is coeditor, with Noelani Goodyear-Ka‘ōpua, of the Indigenous Pacifics book series for University of Hawai‘i Press. In 2002, she was Teresia Teaiwa’s first hire in the VUW Pacific studies program she founded and, after various additions and departures over their fifteen years together, the sole surviving appointment at the time of Teresia’s death. An example of their reflective dialogue on learning and teaching appears in Pacific Studies 32 (4) (2009).

Terence Wesley-Smith is a professor in the Center for Pacific Islands Studies (CPIS), University of Hawai‘i–Mānoa, and principle investigator of a National Resource Center Grant (Pacific Islands) from the US Department of Education. He served as CPIS director from 2010 to 2018 and as editor of The Contemporary Pacific from 2008 to 2015. His publications include Remaking Area Studies: Teaching and Learning Across Asia and the Pacific (edited with Jon Goss, 2010); China in Oceania: Towards a New Regional Order? (edited with Edgar Porter, 2010); and The China Alternative: Changing Regional Order in the Pacific Islands (edited with Graeme Smith, 2021).