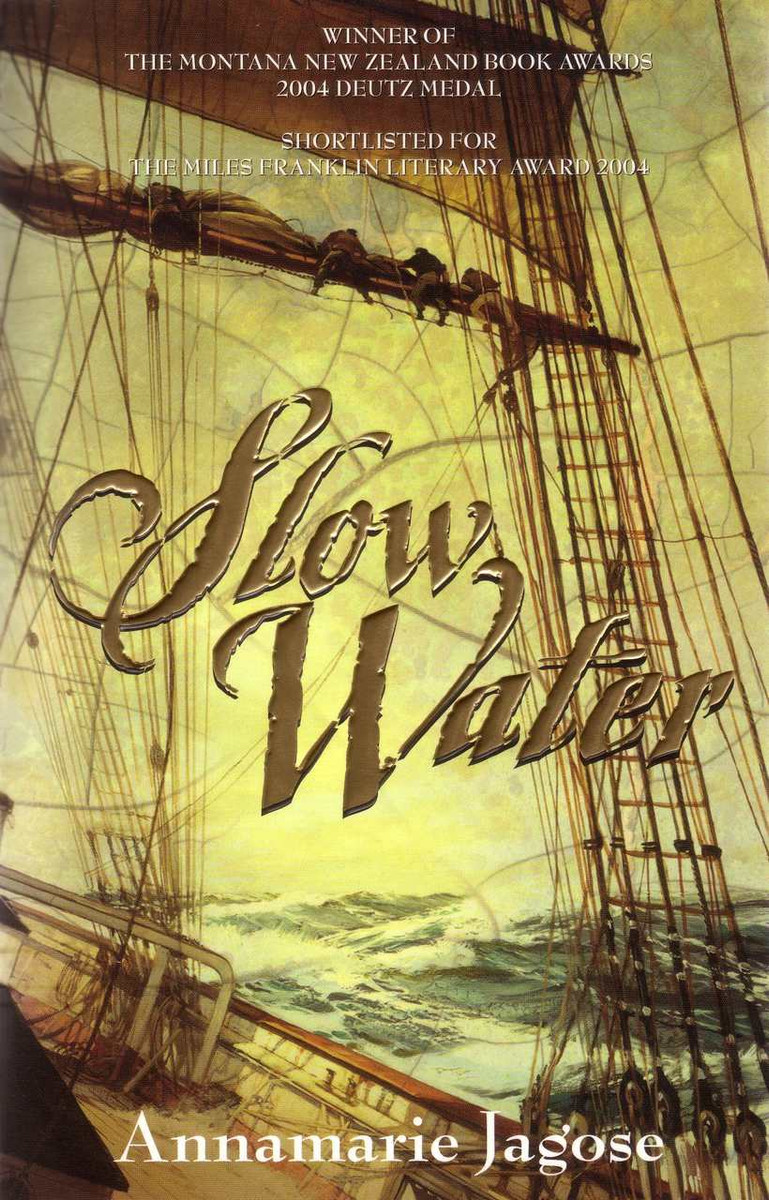 The year is 1836. English clergyman William Yates sets sail from London, bound for the mission fields of northern New Zealand. Caught up in a mesmerising love affair that will test the imagination of everyone on board, he is utterly transformed. Against the riveting backdrop of a four-month sea voyage and the vividly imagined society of the ship, the story of Yates unfolds, drawing together the inarticulate hopes of the cabin passengers, the immigrant families of steerage and the raw men and boys of the crew. On landfall at Sydney, camaraderie gives way to treachery and the tight world of the ship breaks apart. Everyone is implicated in the scandal that grips the colonial town, yet it is Yates alone who stands to lose not only his reputation but also his life. Based on a true story, Slow Water is a poised and elegant novel of the highest order with its commitment to historical accuracy exquisitely balanced by its modern attention to eroticism and narrative suspense.

Winner of the Deutz Medal for Fiction, 2004 Montana New Zealand Book Awards
The judges said that ‘rarely in New Zealand literature have historical research and imaginative writing combined to produce such an unusual, and unusually satisfying work of fiction. Jagose ranks amongst New Zealand's best novelists.’

Winner of the Victorian Premier's Literary Award for Fiction in 2004
The judges report that ‘Annamarie Jagose's impressively researched novel Slow Water recreates a boat journey to Australia and New Zealand in the 1830s with a remarkable precision of detail and authenticity of language. At the same time, it performs an exciting intervention into how we might imagine the histories of European colonization, and reflects on a famous gay scandal of the era from both white and Maori perspectives. Jagose switches effortlessly between the points of view of her many characters as she carefully unfolds her love story with touching humanity and sympathetic humour’.

Shortlisted for the Australian Miles Franklin Literary Award in 2004

Annamarie Jagose was born in 1965 in Ashburton and is an academic and writer. She has written three novels: In Translation (1994), Lulu: A Romance (1998) and Slow Water (2003); and several scholarly works in lesbian literary studies and queer critical theory. She is currently the Dean of the Faculty of Arts and Social Sciences at the University of Sydney.