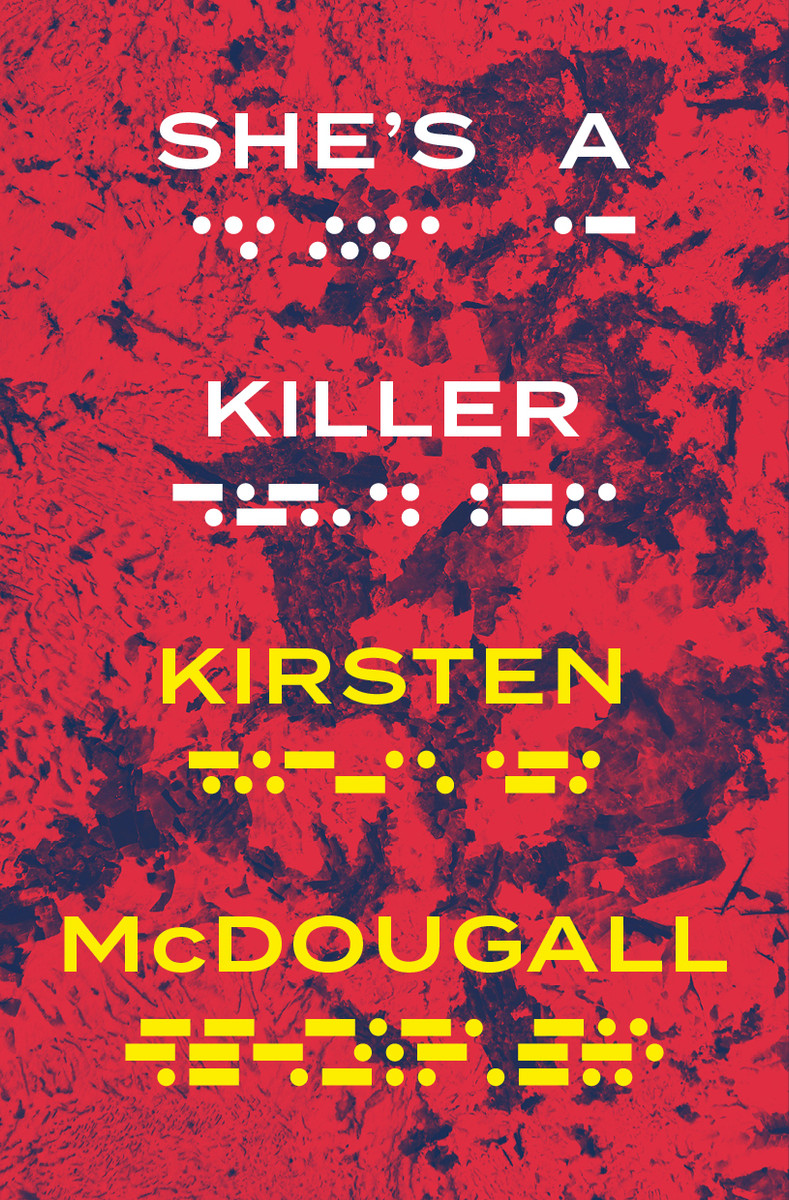 Longlisted for the Jann Medlicott Acorn Prize for Fiction 2022

The world’s climate is in crisis and New Zealand is being divided and reshaped by privileged immigrant wealthugees.

Thirty-something Alice has a near-genius IQ and lives at home with her mother with whom she communicates by Morse code. Alice’s imaginary friend, Simp, has shown up, with a running commentary on her failings. ‘I mean, can you even calculate the square root of 762 anymore?’ The last time Simp was here was when Alice was seven, on the night a fire burned down the family home. Now Simp seems to be plotting something.

When Alice meets a wealthugee named Pablo, she thinks she’s found a way out of her dull existence. But then she meets Pablo’s teenage daughter, Erika – an actual genius full of terrifying ambition.

She’s a Killer is the story of a brilliant and stubborn slacker who is drawn into radical action. It’s about what happens when we refuse to face our most demanding problems, told by a woman who is a strange and calculating force of chaos.

‘A claustrophobic eco-thriller with a gloriously unreliable narrator, She’s a Killer is tense and sharp, and feels unnervingly prescient.’ –Brannavan Gnanalingam

‘Equipped with an exhilaratingly badly-behaved protagonist, She’s a Killer builds from a slice of very strange life into a thriller by way of a succession of stunning comic set pieces. You’ll laugh—a lot. And then you’ll cry and be really surprised about it since you were laughing so much.’ –Elizabeth Knox

‘The novel’s sense of humour – it’s full of sharp one-liners and witty writing – doesn’t detract from the seriousness of the subject underpinning the narrative, making She’s a Killer a great read for those who like a bit of edge to their literary fiction.’ —Books & Publishing

'Readers looking just for a good story will find it here, but readers interested in the complexities of the mind with also find that here. I recently had the pleasure of dubbing another author’s work as “compulsive reading”. I do the same for She’s a Killer.' —Nicholas Reid, Reid's Reader

Kirsten McDougall’s previous novels are Tess (2017), longlisted for the Ockham NZ Book Awards, and shortlisted for the Ngaio Marsh Award, and The Invisible Rider (2012). Her stories and nonfiction have appeared in Landfall, Sport and Tell You What: Great New Zealand Non-fiction 2016, and her story ‘Walking Day’ won the 2021 Sunday Star-Times Short Story Competition. She was the recipient of the 2013 Creative New Zealand Louis Johnson New Writer’s Bursary, and a Michael King Writers Centre residency in 2019. She lives in Wellington.