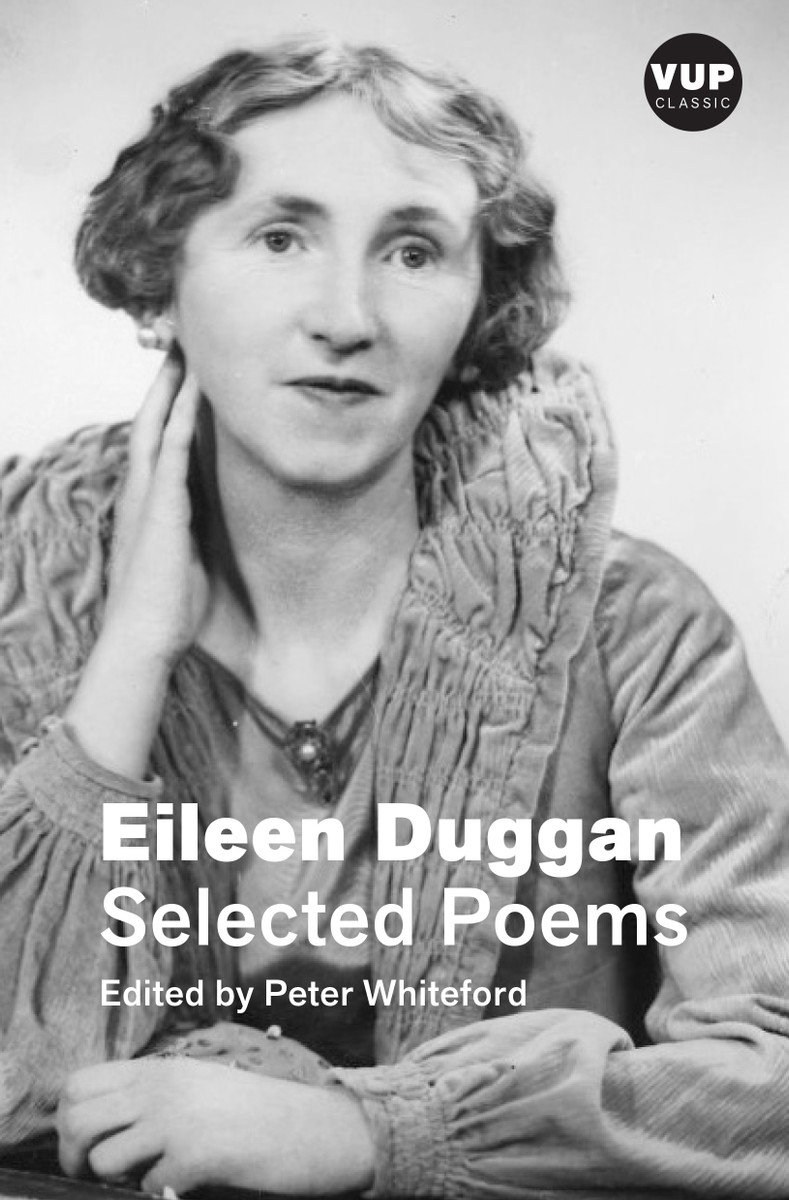 Eileen Duggan (1894–1972) was New Zealand’s best known poet while she was writing and publishing – for many years her reputation outside New Zealand exceeded that of any other New Zealand poet – but today her work is largely out of print.

Duggan’s poetry showed an undeniable lyric gift and genuine skill in the evocation of atmosphere. She began writing in the tradition of Georgian poetry, and for most of her career showed a preference for traditional forms, through which she explored in particular religious and nationalist themes. Her most mature and accomplished work, written during and immediately after World War II, was spare and austere, combining passion with intelligence.

This selection, first published on 21 May 1994, the 100th anniversary of her birth, gives us the fullest picture yet available of this important poet. Her best known poems are accompanied by many previously unpublished pieces. There is also a selection of her autobiographical and literary prose writings.

Peter Whiteford is a lecturer in the Victoria University of Wellington English Department.

The Stories of Eileen Duggan