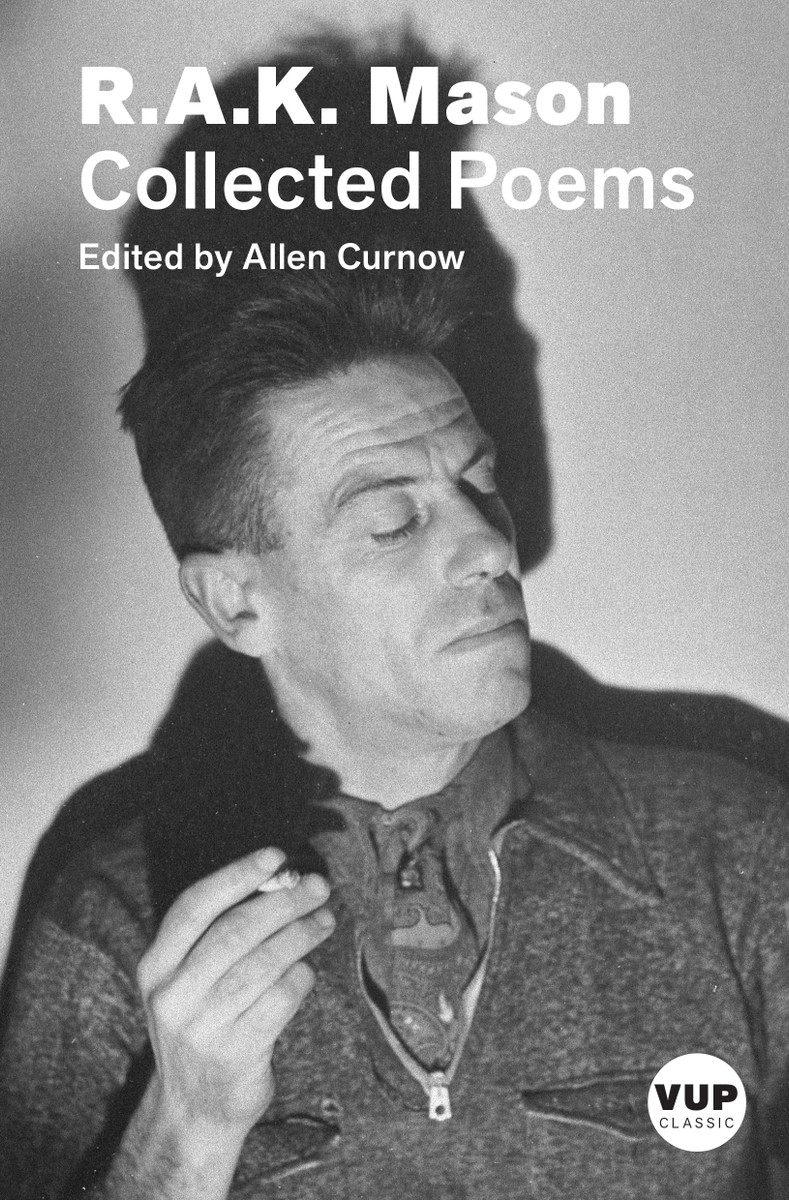 First published by the Pegasus Press in 1962 and reissued by VUP in 1990, this is the definitive collection of the poems of R.A.K. Mason.

Mason has long been recognised as a poet of rare originality and distinction in New Zealand.

‘R.A.K. Mason is the poet we think of as being the first genuinely New Zealand Poet. He is certainly the first New Zealand poet I read with enthusiasm.’ —Bill Manhire

Allen Curnow was a journalist, poet, and university professor. He is widely regarded one of the defining and influential voices of 20th-century New Zealand literature.

Mason: The Life Of R.A.K. Mason