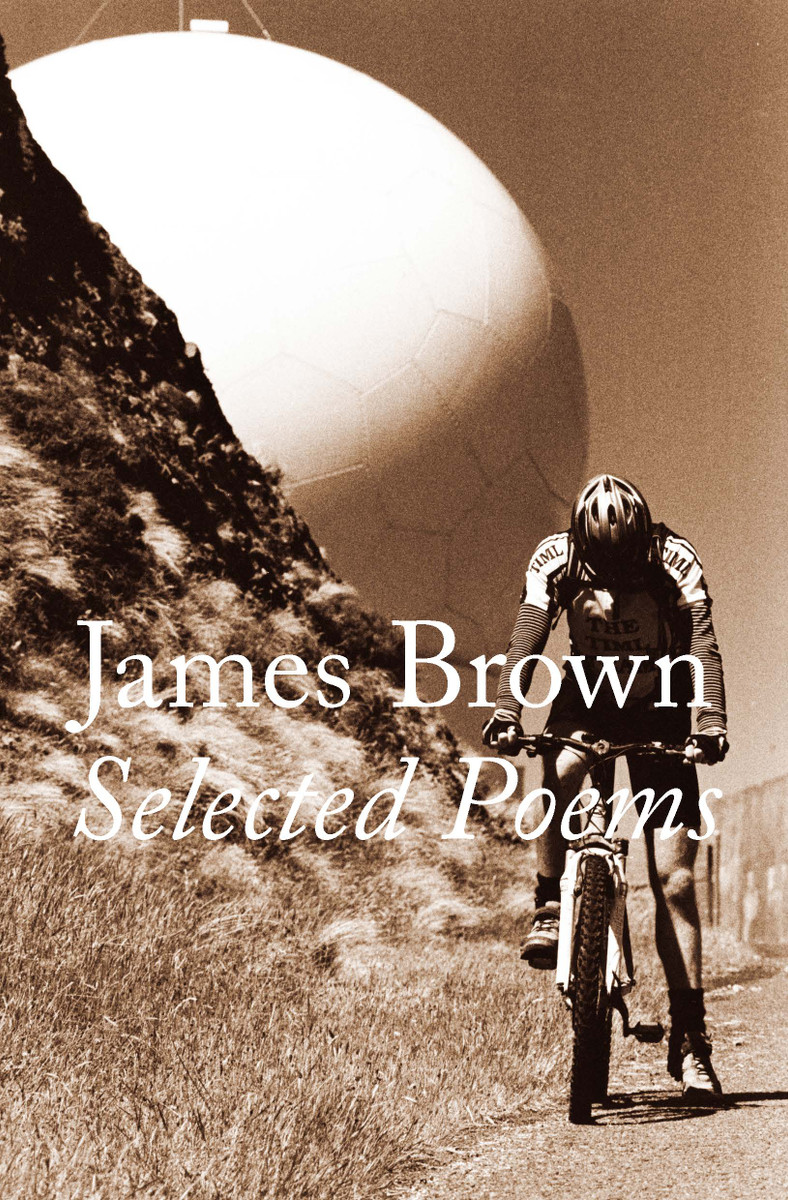 This book is the first to represent the full extent of the work of James Brown. With personal lyrics, narrative desire, short takes, anti-poetry, stolen lines, and hill-climbing, Selected Poems is a showcase of one of New Zealand’s essential poetic voices.

'Apart from the reflexive self-deprecation of the schoolboy nerd, two other things struck me as I worked through and around and back through this book. How gifted Brown is at the craft of poetry, the game of word and sounds on the page that are tidy and tight and clever and cool. And also how he lifts aside that cleverness to show us the tender inner self, the moist soft core of James Brown and his world.' —Anna Livesey, Academy of New Zealand Literature

‘James Brown is the New Zealand poet laureate of torpor, resignation and exhaustion . . . with intermittent bouts of fanatical bicycle riding. The miracle is that he can make it all so interesting and darkly humorous and weirdly moving.’ —Gregory O’Brien

‘This is not a poetry book for the faint-hearted.’ —Pania Brown (James’s sister)

‘The finding of poetry in unlikely places expands our concept of what poetry is – if a poem can be found in the heart of an ATM, where can it not be found?’ —Tim Upperton, NZ Listener

James  Brown’s poetry collections include  Go Round Power Please  (1995), which won the Jessie Mackay Best First Book Award,  Lemon  (1999),  Favourite Monsters  (2002),  The Year of the Bicycle  (2006),  Warm Auditorium  (2012), and  Floods Another Chamber  (2017), as well as the useful nonfiction booklet  Instructions for Poetry Readings  (2005). He edited  The Nature of Things: Poems from the New Zealand Landscape  (Craig Potton, 2005), the literary magazine Sport  from 1993 to 2000, and Best New Zealand Poems  2008. James has been the recipient of several writing fellowships, including the 1994 Louis Johnson New Writers Bursary and a share of the 2000 Buddle Findlay Sargeson Fellowship. In 2001 he was the Canterbury University Writer in Residence, and the Victoria University of Wellington Writer in Residence in 2004. He teaches creative writing at the International Institute of Modern Letters.