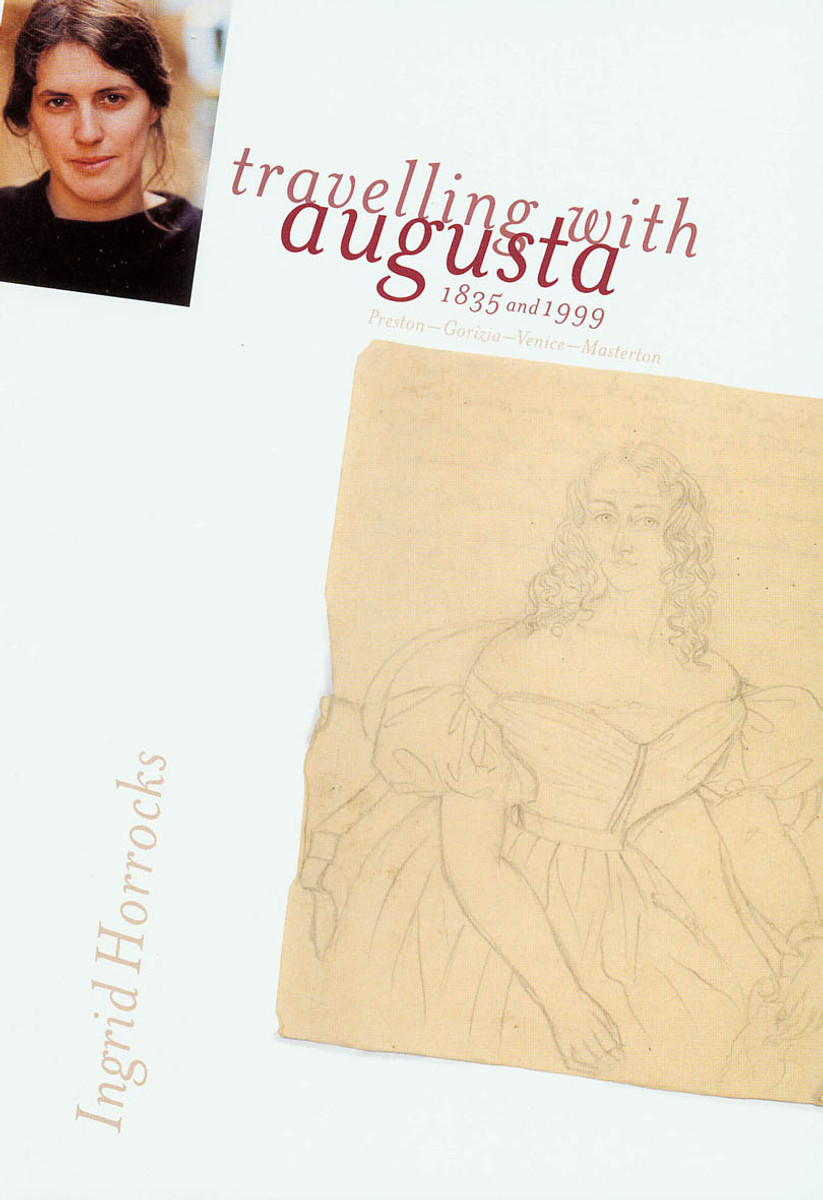 The way we travel has changed in the last hundred and fifty years, but perhaps not in the ways we at first expect. Part travel memoir, part history of women travellers, and part love-story, Travelling with Augusta is the story of two journeys made in the Adriatic regions of present-day Italy, Slovenia and Croatia, one made in 1835, the second in 1999.

By the time Augusta Horrocks was 20 she had already been travelling around the Continent for three years with her family. One of her journals survives and it records a year spent in the small town of Gorizia, Italy in 1835.

Ingrid Horrocks, 23 years old, a published poet, a sometime shearing shed hand and bookseller, left New Zealand in 1999 with some skill in Japanese, four months of evening Italian classes, a backpack full of notes on nineteenth century women's travel writing, and Augusta's journal, to return to Gorizia, a town now literally split down the middle – half Italian, half Slovenian.

Travelling with Augusta weaves these two journeys, using Augusta's own words and Ingrid's 20th century experiences to tell the story of two women who, over 150 years apart, travelled together.