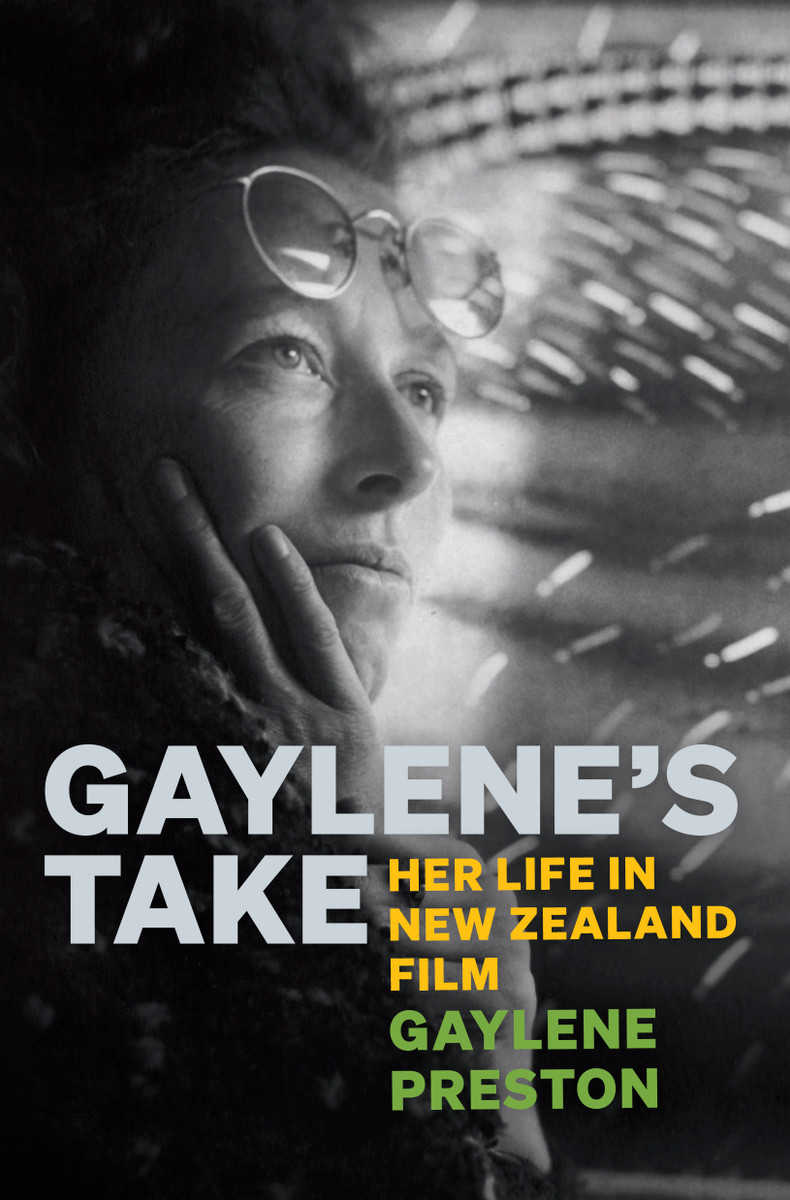 From one of our very best filmmakers comes a memoir of filmmaking in Aotearoa New Zealand.

Gaylene Preston has always sought out the stories that have not yet been told, and in this book she reveals the challenges and sometimes heartbreak that have come with that ambition. In both wide lens and close-up, she writes of formative experiences: her childhood in Greymouth in the 1950s, working in a psychiatric institution near Cambridge, England in the 70s, interviewing her tight-lipped father about his life in the war, and a mysterious story of her great-grandfather chiselling a biblical text off a gravestone in the dead of night. Along the way she takes us behind the scenes and into the shadows of some of the most enduring popular classics of New Zealand cinema, including Mr Wrong, Ruby & Rata, War Stories Our Mothers Never Told Us, and My Year With Helen, and how she has worked to realise her vision, come what may.

Preston is one of Aotearoa’s most distinctive storytellers, and in Gaylene’s Take she brings the compassion, humour, irreverence and heart that her films are known for to the page.

'I had no idea Gaylene was so hilarious. I adored this brilliant memoir: part liar, part cowgirl, mouthy and determined Gaylene grows up in Greymouth and migrates into the wild 70s, ending up in the tough-as-gumboots world of New Zealand film. Her book is irresistible.' —Jane Campion

'I loved this rich account of an exceptional life, lived with creative genius, passion and a beguiling sense of humour.' —Fiona Kidman

Dame Gaylene Preston is a writer, producer and director. In 2001 she was the first filmmaker to receive an Arts Foundation Laureate Award, and in 2002 she was made an Officer of the NZ Order of Merit for her services to the film industry. In 2010 she received the inaugural lifetime achievement award for outstanding contribution to documentary from Documentary Edge, a Screenwriters Mentorship Award, and a WIFT NZ Award for outstanding contribution to the New Zealand Screen Industry. In 2016 she received the SPADA Industry Champion Award and a New Zealand Woman of Influence Award for Arts and Culture. In 2017 she was given the Premium Moa Award for services to cinema. In 2018 she was visiting scholar at the Intellectual Forum, Jesus College Cambridge.

Don't Let It Get You: Memories-Documents