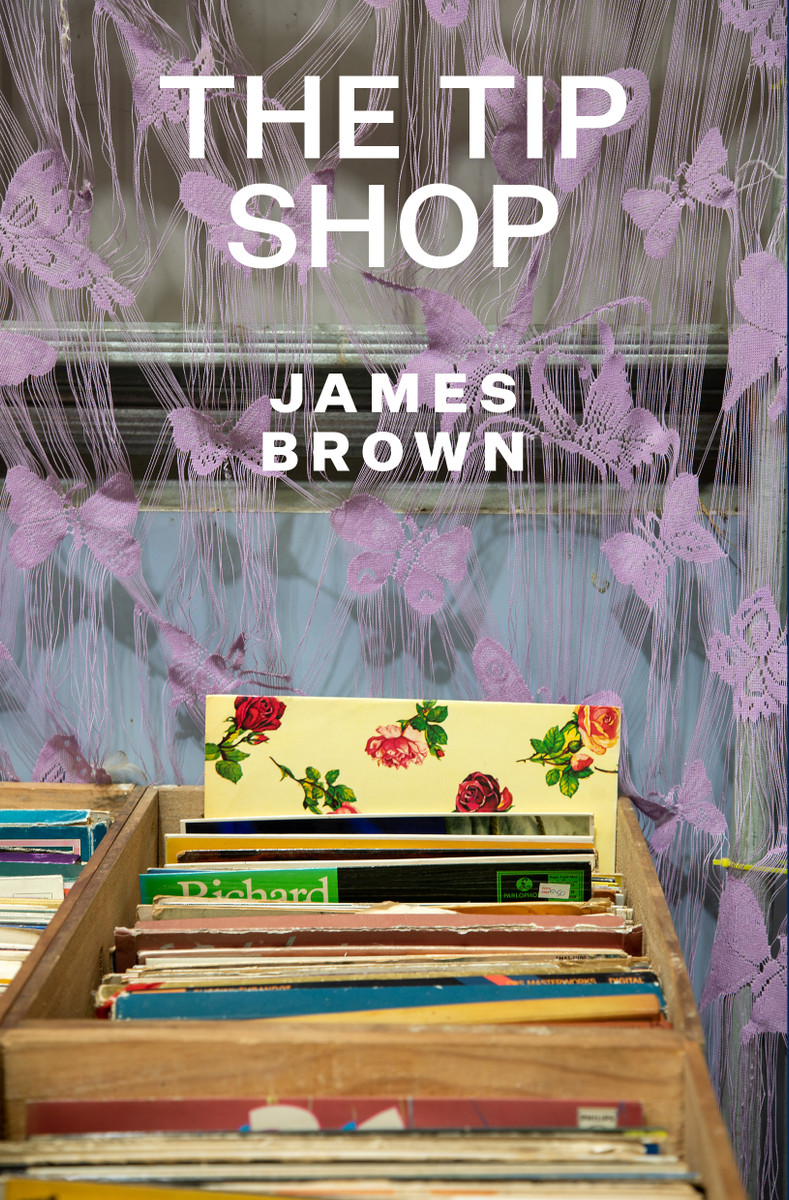 You pick one up at the Tip Shop:
oblivion’s final sieve meets your lucky day.

James Brown shakes out oblivion’s final sieve in The Tip Shop. Found poems jostle with autobiographical poems, essayistic with epigrammatic, formally expert with some of his very best freeform sprawls. Alternately poignant and indignant, weary and exuberant – but can the James Brown voice ever be truly described? In these poems God prefers drawn-out sports, and your mind has already set sail.

'Pitch perfect and counter beam. He's a wonderfully various poet. This is definitely a book to carry around in your pocket.' —Harry Ricketts, RNZ

'Funny, dark, insightful and nothing close to a chore to read. Poetry, but it doesn't suck.' —Alex Grace, Goodreads

‘How gifted Brown is at the craft of poetry, the game of word and sounds on the page that are tidy and tight and clever and cool. And also how he lifts aside that cleverness to show us the tender inner self, the moist soft core of James Brown and his world.’
—Anna Livesey, Academy of New Zealand Literature

James Brown’s most recent poetry collection is his Selected Poems (2020). Previous collections include Go Round Power Please (1995), which won the Jessie Mackay Best First Book Award, Lemon (1999), Favourite Monsters (2002), The Year of the Bicycle (2006), Warm Auditorium (2012) and Floods Another Chamber (2017), as well as the useful nonfiction booklet Instructions for Poetry Readings (2005). James teaches creative writing at the International Institute of Modern Letters at Te Herenga Waka—Victoria University of Wellington.