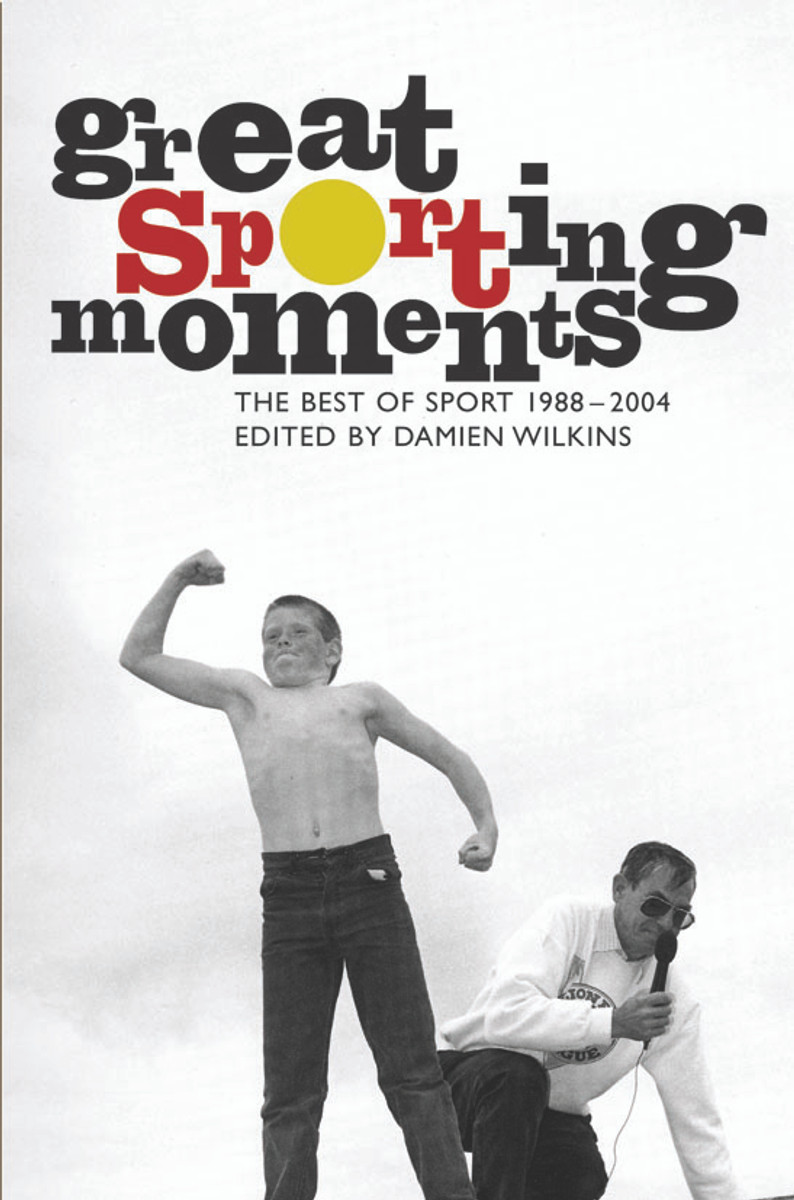 The literary magazine Sport  burst onto the scene in 1988, with a first issue featuring outstanding writing by a group of new writers who would go on to be some of the biggest names in New Zealand literature, including Elizabeth Knox, Jenny Bornholdt, Barbara Anderson, Anne Kennedy, Damien Wilkins and Nigel Cox. Sport 1  also featured established stars like Bill Manhire, Keri Hulme and Vincent OSullivan.

Sport has gone on to publish an invigorating list of celebrated writers and new discoveries; Emily Perkins and Catherine Chidgey are just two writers who first appeared in print in Sports pages.

Great Sporting Moments is a little different from a conventional 'best of'. Greatest hits like Emily Perkins' 'Not Her Real Name' and Bill Manhire's 'My Sunshine' are here. So are hard-to-find gems like an autobiographical essay by Owen Marshall and a story of an infernal encounter in Venice by Elizabeth Knox. And, true to Sport's mission, so is an exciting collection of stories, poems and essays by the yet-to-be-celebrated.

Great Sporting Moments: The Best of Sport Magazine 1988–2004  defines the most exciting and creative era in New Zealand's literary history. It is also an entertaining and unpredictable reading experience that provides intriguing clues to what might happen next.

'In it are Sport editor and novelist Damien Wilkins' picks of the best of 30 years of one of the country's undoubtedly best literary journals. How he and publisher Fergus Barrrowman made their selections from so much material is hard to imagine.  . . . All show the collective health and vitality of this country's writing life. If you buy any collection this holiday, this should be the one.' —LeafSalon

'How does one review over 500 pages of sheer delight?' —Isa Moynihan, Takahe

'They're cunning buggers at Victoria University Press, so let's be clear right from the start: Great Sporting Moments is not about sports writing, it's a selection of the best of what has appeared in the first 17 years of the Wellington-based literary journal. . . . Even if you are of only slightly literary bent, you'll still find lots to admire in this handsome book.'  —North & South

Damien Wilkins is one of the leading New Zealand writers of his generation. He is the author of four novels, including The Miserables, which won the NZ Book Award for Fiction, and most recently Chemistry, which was published in NZ by VUP and internationally by Granta Books and Allen & Unwin, and short stories, essays and poems. His writing for television includes episodes of Duggan and The Insider's Guide to Happiness, and he has recently had a play workshopped by the Auckland Theatre Company. He was one of the founding editors of Sport, and now teaches in the MA programme of the International Institute of Modern Letters at Victoria University of Wellington.

I Loved You the Moment I Saw You

Moments of Truth: The New Zealand General Election of 2014