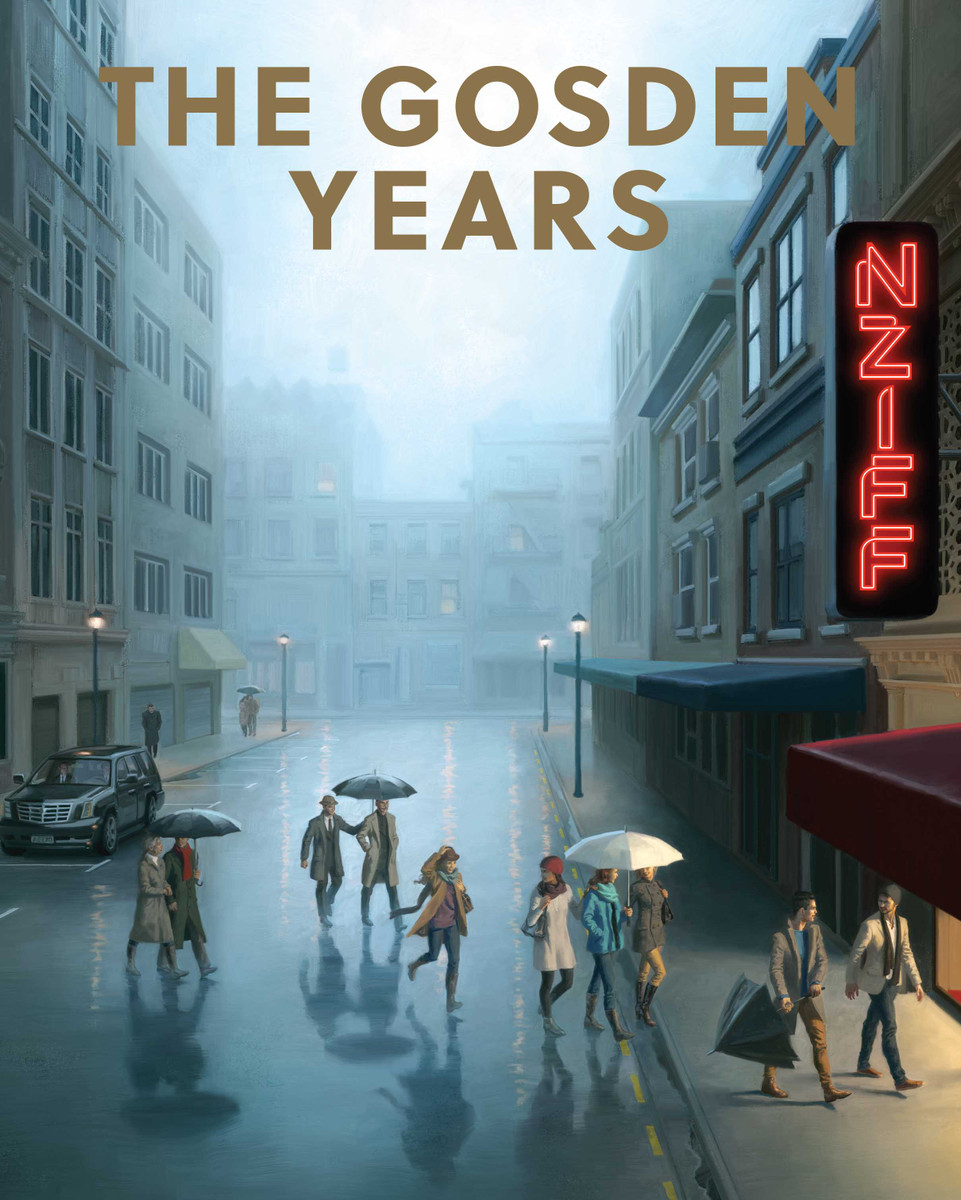 Bill Gosden was at the forefront of Aotearoa film culture from 1980 to 2019. The Gosden Years is a record of his enormous legacy as director of the New Zealand International Film Festival—the country’s leading annual cinema event and a constant wellspring of film discovery and appreciation.

Conceived by Gosden during the last months of his life, the book comprises his curated film notes, with praise for vital and overlooked New Zealand feature films included; programme introductions that illuminate the changing technologies and politics of film exhibition through the decades; and striking original poster art from every year of his tenure.

Brought together for the first time, these rare items richly chronicle filmmaking and film-going in New Zealand alongside the dedication of the people and partners who made the Festival a cultural institution under his stewardship. Through Gosden’s collected writings as well as new reflections on his time with the Festival, a story emerges of positive change in the film industry; the fight for artistic freedom and diversity on screen; and his own brilliant reputation as an ambassador, advocate, and tastemaker in the arts, whose sublime instinct for—and expression of—great cinema has inspired and influenced so many.

Bill Gosden (11 November 1953–6 November 2020) was the director of the New Zealand International Film Festival for nearly forty years. He was an industry icon, a much loved son, brother and uncle, and a remarkable friend, whose legacy changed the path—and expanded the minds—of countless filmmakers, arts professionals, and cinema lovers in Aotearoa and beyond.