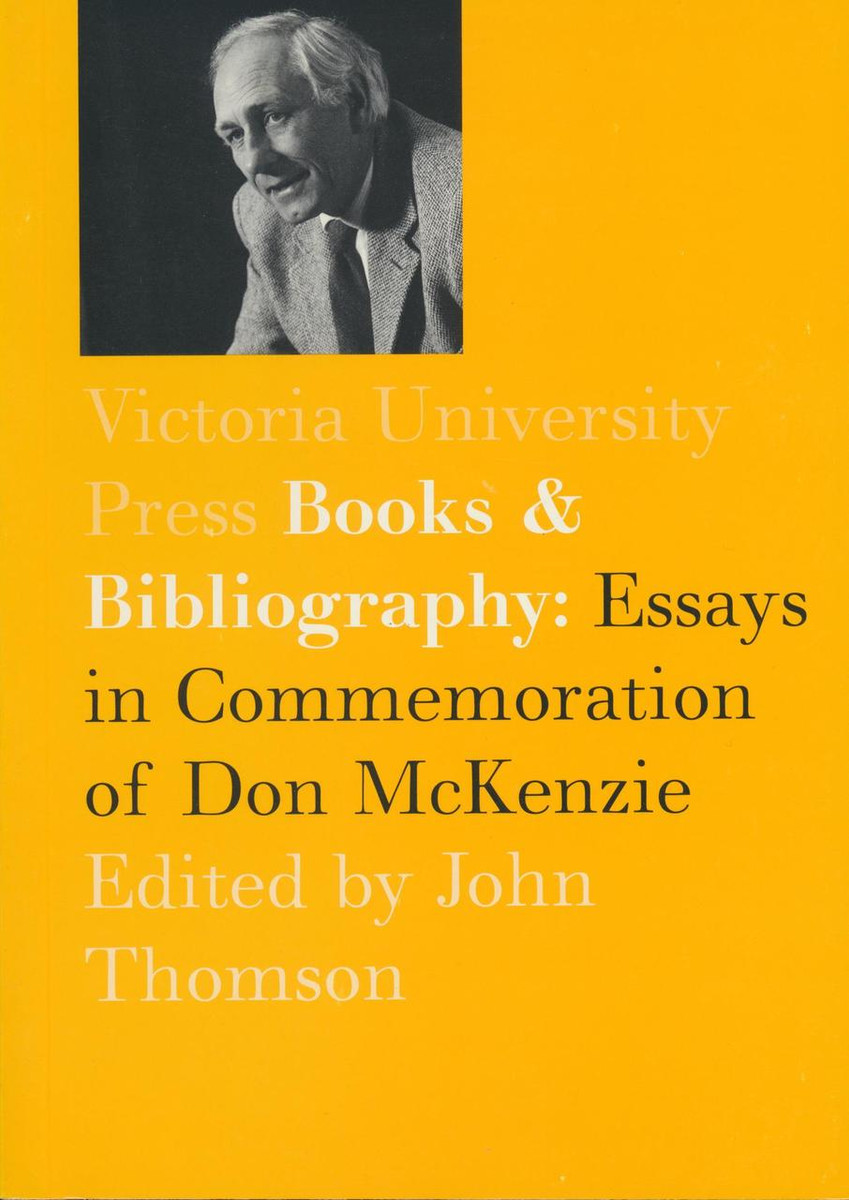 Don McKenzie (19311999) was renowned for his teaching of Shakespeare at Victoria University, but his international fame rests on his achievements in Bibliography. From his postgraduate days in Cambridge, his practical approach to the story of book production upset orthodoxies and revolutionised the discipline.

Friends and colleagues commemorated his untimely death than by inviting some of those throughout the world who had been enthused by his remarkable insights to come to Wellington and tell of work influenced by his example. These are their stories.

Anyone with an interest in the history of the book will find much here for them.

Praise for Books and Bibliography

Books and Bibliography is learned but not difficult. Its excellent editing and production befits its subject. It should attract a wide readership, including hundreds who knew McKenzie principally as a brilliant teacher of literature and those who knew him in other roles, such as National Library trustee, a founder of Downstage Theatre, or the mastermind behind Victoria University Press. The book is a fine tribute and makes clear the reasons for his international fame and enduring influence.
Stuart Johnston DOMINION POST

Bibliography of Writings about New Zealand Music, A