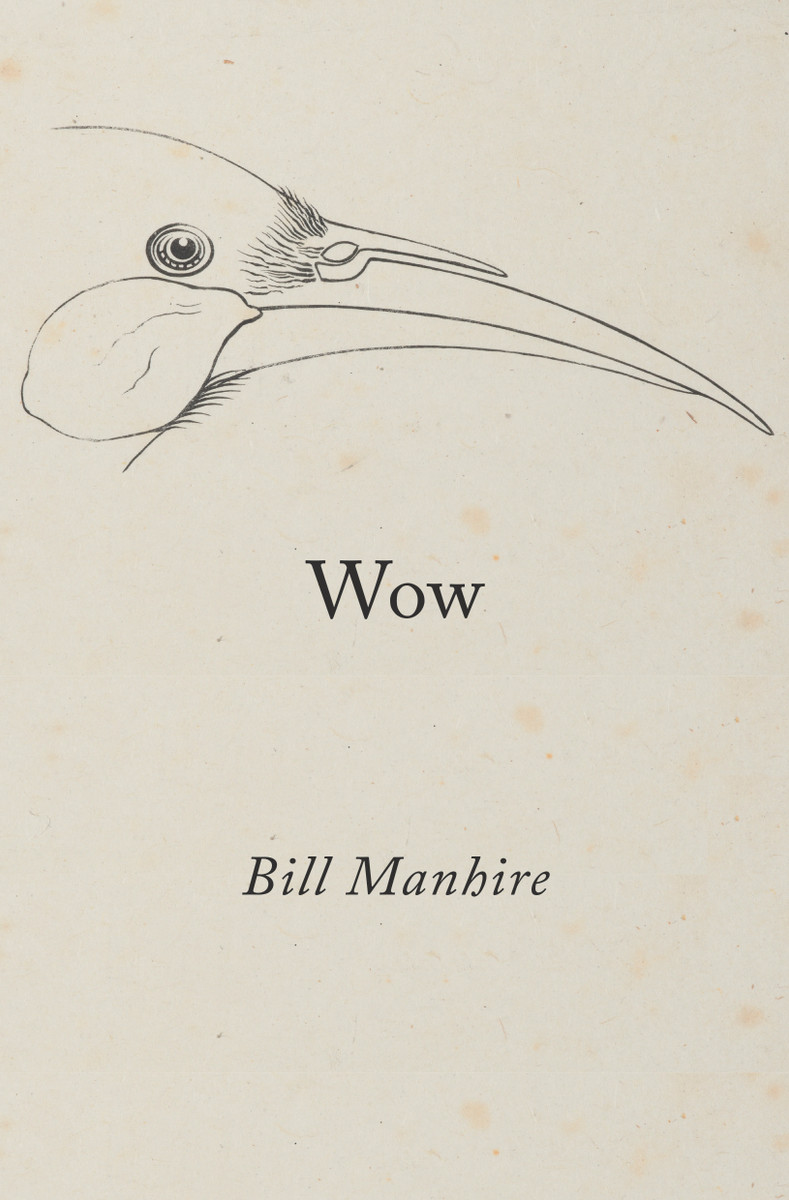 Excuse me if I laugh.
The roads are dark and large books block our path.
The air we breathe is made of evening air.
The world is longer than the road that brings us here.

Bill Manhire’s new book begins with the song of an extinct bird and journeys on into troubling futures. These poems reach for the possibilities of lyric, even as their worlds are being threatened in a range of agitating ways. In the title poem we hear a baby say Wow to life and to the astonishing prospect of language; but almost immediately we hear the world reply: Also. Along the way there are several desperate jokes.

'Being the leading poet in New Zealand is like being the best DJ in Estonia, impressive enough on its own terms. But Bill Manhire is more than that: he's unquestionably world-class. As with Seamus Heaney, you get a sense of someone with a steady hand on the tiller, and both the will and the craft to take your breath away.' —Teju Cole

'I hadn’t expected to be echoing the collection’s title quite so early in my reading, but the poem insisted. It was a “wow” of grief and shock, however, as well as admiration. . . . While conservation is a pressing concern in Wow, there are lighter moments, and a frequent fresh sparkle of humour among the warnings and sadness. The voice is terse, direct, sometimes quirky, altogether engaging.' —Carol Rumens, the Guardian

'There can be few local literary events more exciting than the appearance of a new collection of Bill Manhire’s poems. . . . His work is unusual in that it is (for poetry) extremely popular, both here and overseas, and is at the same time accepted as "difficult". (There has been a good deal written about his output over the years, but little that is really illuminating.) This terrific new collection will, I confidently expect, add to that popularity and may produce more enlightening discussions.' —Harry Ricketts, Newsroom

Bill Manhire’s most recent books include Some Things to Place in a Coffin (2017), Tell Me My Name (with Hannah Griffin and Norman Meehan, 2017) and The Stories of Bill Manhire (2015). He was New Zealand’s inaugural poet laureate, and founded and until recently directed the International Institute of Modern Letters at Victoria University of Wellington. He has edited major anthologies, including, with Marion McLeod, the now classic Some Other Country: New Zealand’s Best Short Stories (1984).