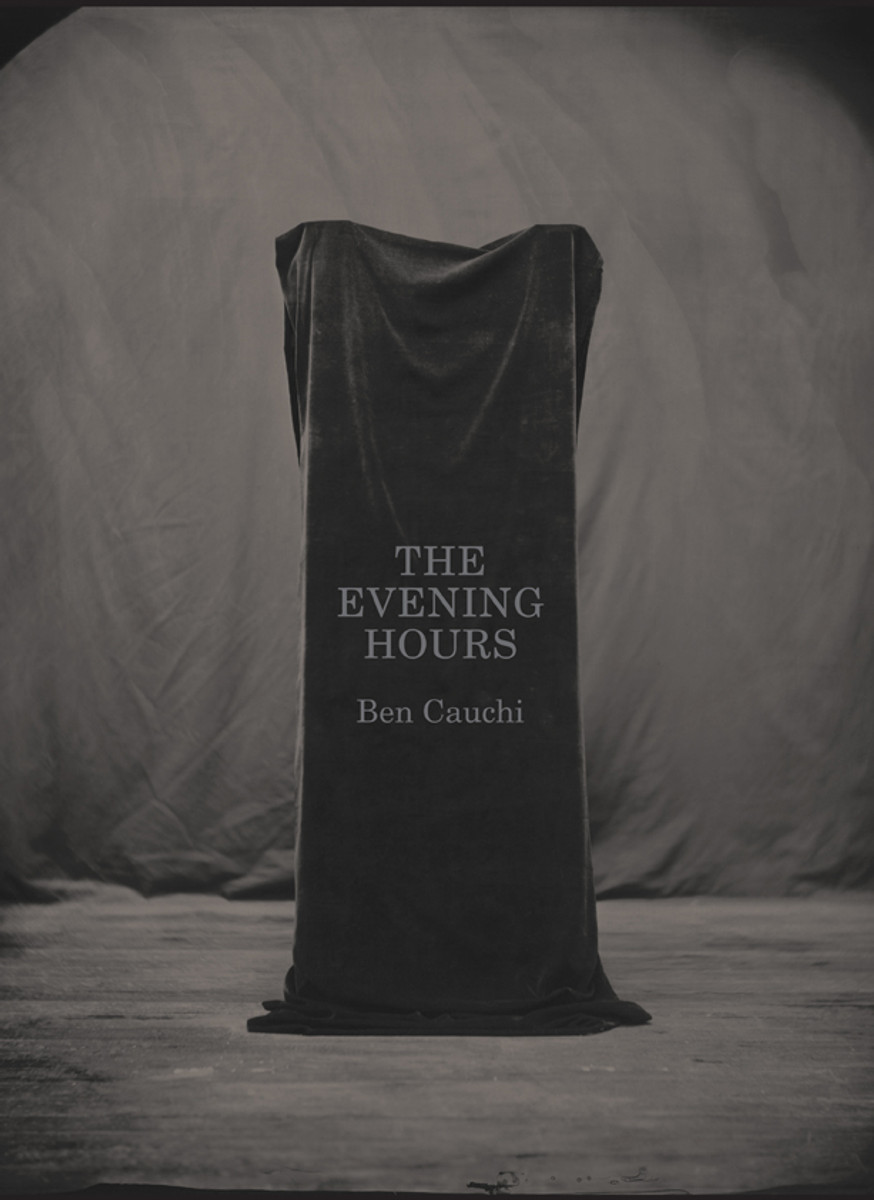 Ben Cauchi’s photographs seem to arrive from another time and place, yet are thoroughly of the present. His use of the mid-nineteenth-century wet collodion photographic process is a means to question and undermine the certainties that we continue to invest in the photographic image. Cauchi’s is a subtractive practice, dwelling on absence, lulls, the uncertain, the opaque and the fleeting elements of life. His shadowy images fixed on metal and glass explore the psychological dimensions of viewing and the nature of photography itself by continually moving within and expanding the grey areas between truth and untruth, presence and absence, the empirical and the incorporeal, seeing and believing.

The Evening Hours brings together new writing on Cauchi’s practice with reproductions of over eighty of his photographs. The artist has played an active role in this process, returning to his own archive just as he trawls through photographic histories to select, re-present and sequence a decade of work.

Ben Cauchi was born in 1974 in Auckland, New Zealand. He became interested in photography in 1997 and has exhibited regularly since 2000. His work is included in every major public collection in New Zealand, as well as in the collections of the Art Gallery of New South Wales and the National Gallery of Australia. In 2007 he was awarded the Frances Hodgkins Fellowship at the University of Otago, Dunedin. Cauchi was an Arts Foundation of New Zealand New Generation Award recipient in 2011 and in the following year was awarded the 2012 Creative New Zealand Berlin Visual Artists Residency at the Künstlerhaus Bethanien in Berlin. The Evening Hours is his first monograph.

Geoffrey Batchen teaches the history of photography at Victoria University of Wellington.

Glenn Barkley is a curator at the Museum of Contemporary Art (MCA), Sydney.

Afternoon of an Evening Train