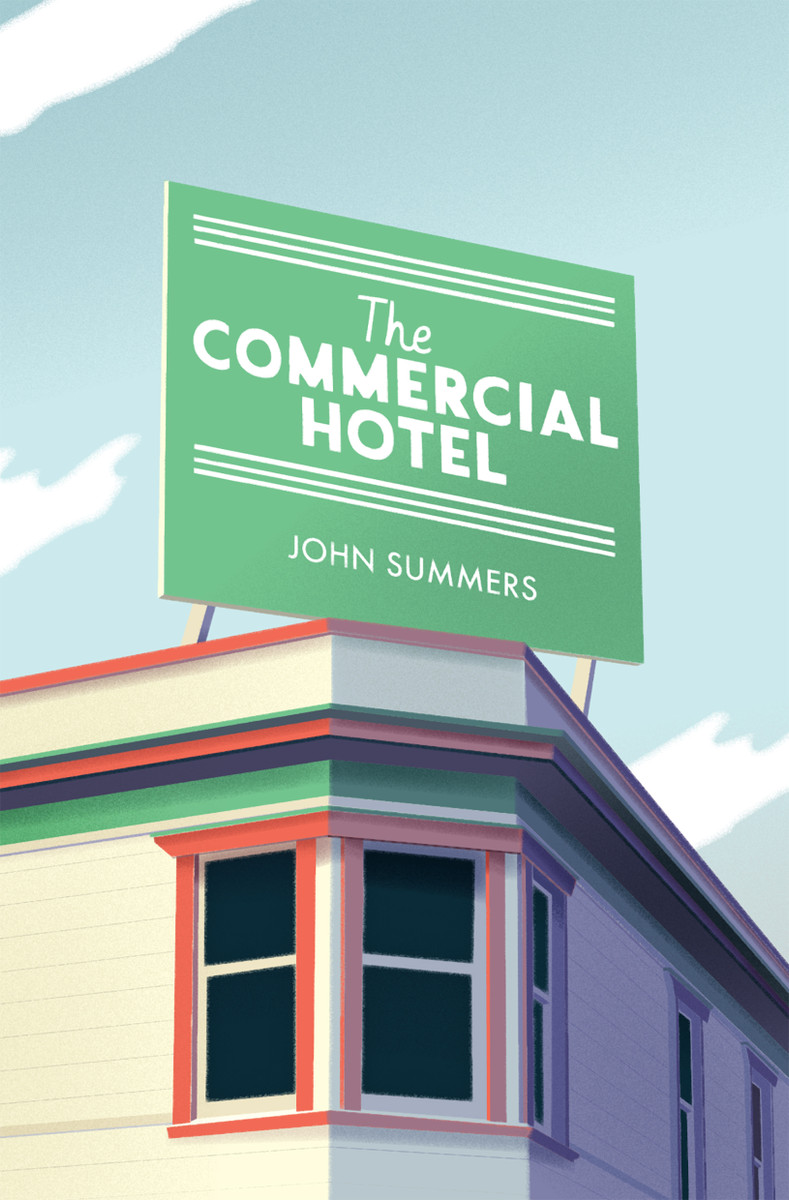 When John Summers moved to a small town in the Wairarapa and began to look closely at the less-celebrated aspects of local life – our club rooms, freezing works, night trains, hotel pubs, landfills – he saw something deeper. It was a story about his own life, but mostly about a place and its people. The story was about life and death in New Zealand.

Combining reportage and memoir, The Commercial Hotel is a sharp-eyed, poignant yet often hilarious tour of Aotearoa: a place in which Arcoroc mugs and dog-eared political biographies are as much a part of the scenery as the hills we tramp through ill-equipped. We encounter Elvis impersonators, the eccentric French horn player and adventurer Bernard Shapiro, Norman Kirk balancing timber on his handlebars while cycling to his building site, and Summers’s grandmother: the only woman imprisoned in New Zealand for protesting World War Two. And we meet the ghosts who haunt our loneliest spaces.

As he follows each of his preoccupations, Summers reveals to us a place we have never quite seen before.

'Meticulously researched, gorgeously written and endlessly surprising, The Commercial Hotel is a compendium of sparkling oddities.' —Tom Doig, The Spinoff

'Nowhere is like anywhere else, and this collection shows us our own peculiarities from the inside, with a loving and observant eye.' —Tim Upperton, NZ Listener

'As a journey through odd by-ways of New Zealand life, this is a great collection from a writer who can see the importance of things we might otherwise cast aside.' —Nicholas Reid, Reid's Reader

Praise for The Mermaid Boy

‘This book is an achievement of much clarity and grace, but more importantly it is a work of promise.’ —Denis Harold, Landfall Review Online

‘A beautiful, robust collection of work. . . . Every once in a while a book comes along that you read, reread, and treasure. This is one of those books.’ —Laurence Fearnley

John Summers is the author of The Mermaid Boy, a collection of non-fiction stories published in 2015 by Hue & Cry Press. His work has appeared in many publications, including The Spinoff, North and South, Landfall, Newsroom and Sport. He was a finalist in the 2019 Voyager Media Awards and won the nonfiction category in the 2016 Sunday Star-Times Short Story Competition. He lives in Wellington with his family.