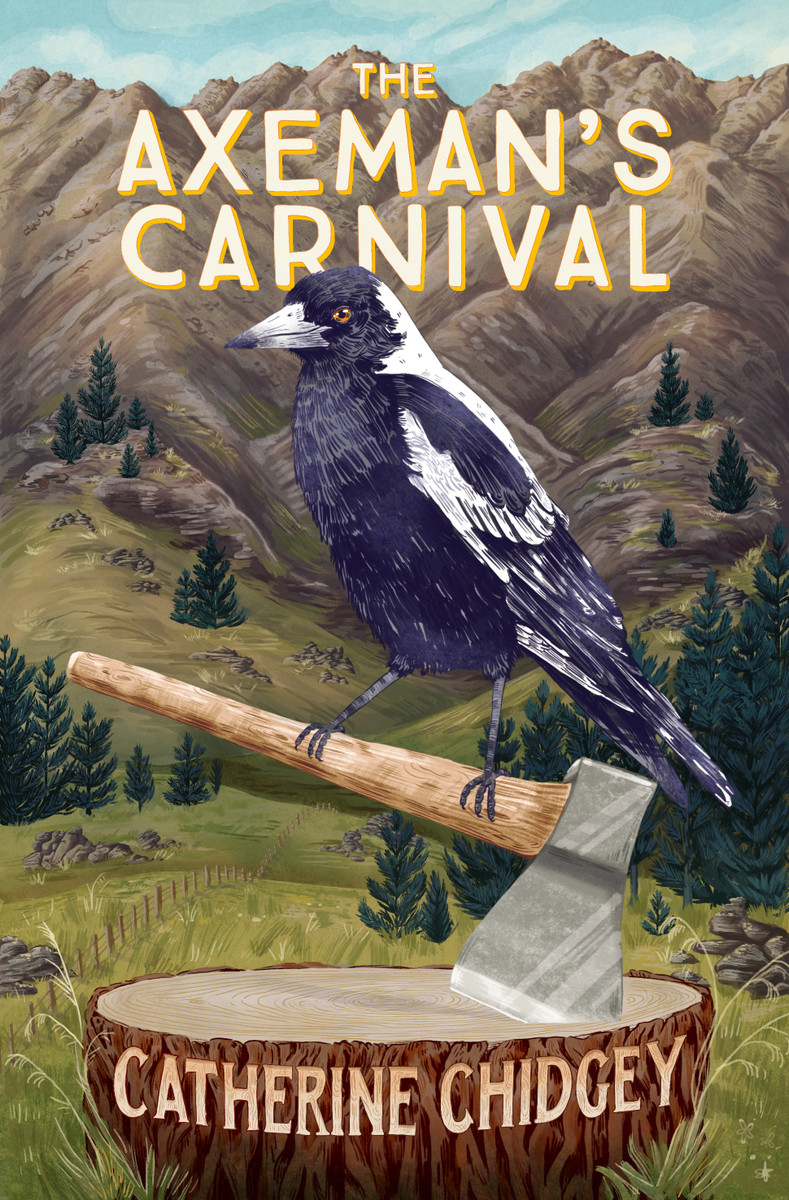 Everywhere, the birds: sparrows and skylarks and thrushes, starlings and bellbirds, fantails and pipits – but above them all and louder, the magpies. We are here and this is our tree and we’re staying and it is ours and you need to leave and now.

Tama is just a helpless chick when he is rescued by Marnie, and this is where his story might have ended. ‘If it keeps me awake,’ says Marnie’s husband Rob, a farmer, ‘I’ll have to wring its neck.’ But with Tama come new possibilities for the couple’s future. Tama can speak, and his fame is growing. Outside, in the pines, his father warns him of the wickedness wrought by humans. Indoors, Marnie confides in him about her violent marriage. The more Tama sees, the more the animal and the human worlds – and all of the precarity, darkness and hope within them – bleed into one another. Like a stock truck filled with live cargo, the story moves inexorably towards its dramatic conclusion: the annual Axeman’s Carnival.

Part trickster, part surrogate child, part witness, Tama the magpie is the star of this story. Though what he says aloud to humans is often nonsensical (and hilarious with it), the tale he tells us weaves a disturbingly human sense. The Axeman’s Carnival is Catherine Chidgey at her finest – comic, profound, poetic and true.

Catherine Chidgey’s novels have been published to international acclaim. Her first, In a Fishbone Church, won Best First Book at the New Zealand Book Awards and at the Commonwealth Writers’ Prize (South East Asia and South Pacific). In the UK it won the Betty Trask Award and was longlisted for the Orange Prize. Her second, Golden Deeds, was a Notable Book of the Year in The New York Times Book Review and a Best Book in the LA Times. Catherine has won the Prize in Modern Letters, the Katherine Mansfield Award, the Katherine Mansfield Fellowship, the Janet Frame Fiction Prize, and the Acorn Foundation Fiction Prize for The Wish Child. She lives in Ngāruawāhia and lectures in Creative Writing at the University of Waikato. Her most recent novel, Remote Sympathy, is shortlisted for the DUBLIN Literary Award and was longlisted for the Women’s Prize for Fiction.