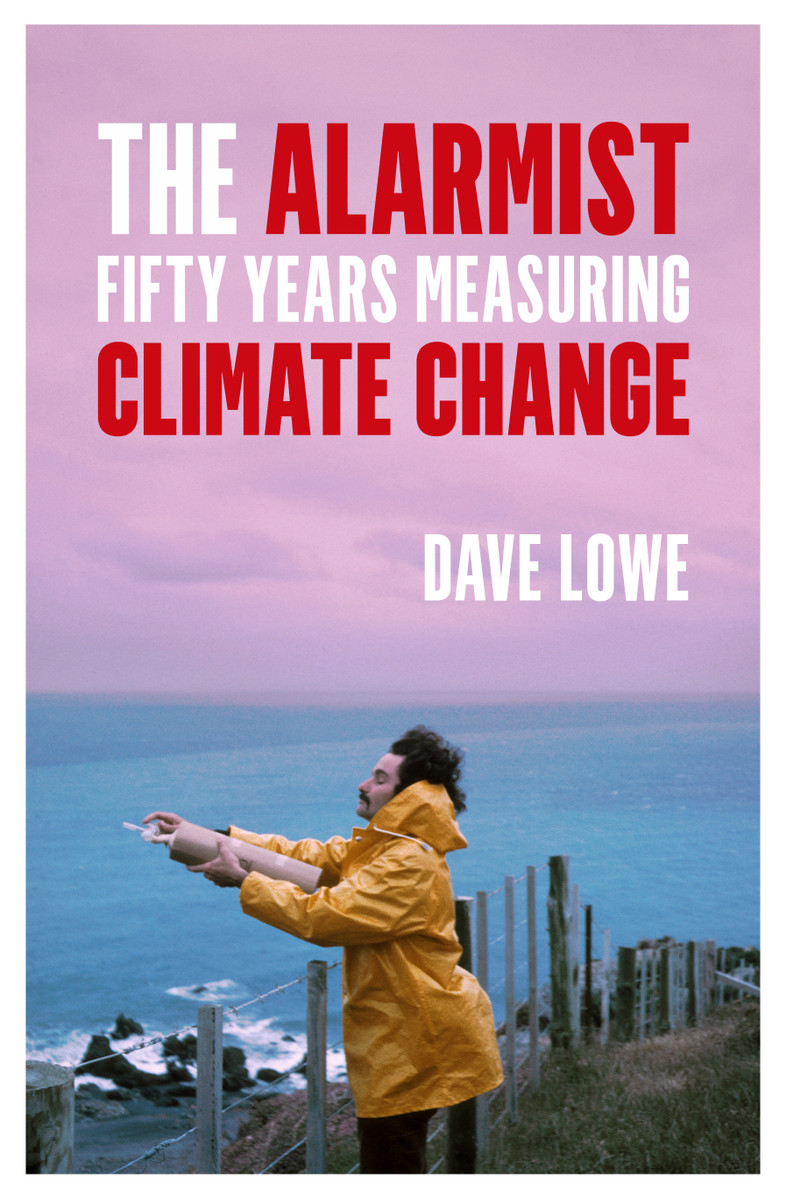 Winner of the E.H. McCormick Prize in Nonfiction for Best First Book at the 2022 Ockham New Zealand Book Awards

His research was urgent fifty years ago. Now, it’s critical.

In the early 1970s, budding Kiwi scientist Dave Lowe was posted at an atmospheric monitoring station on the wind-blasted southern coast of New Zealand’s North Island. On a shoestring salary he measured carbon in the atmosphere, collecting vital data towards what became one of the most important discoveries in modern science.

What followed was a lifetime’s career marked by hope and despair. As realisation dawned of what his measurements meant for the future of the planet, Dave travelled the world to understand more about atmospheric gases, along the way programming some of the earliest computers, designing cutting-edge equipment and conducting experiments both dangerous and mind-numbingly dull. From the sandy beaches of California to the stark winters of West Germany, the mesas of the Rocky Mountains and an Atlantic voyage across the equator, Dave has faced down climate deniers, foot-dragging bureaucracy and widespread complacency to open people’s eyes to the effects of increasing fossil fuel emissions on our atmosphere.

In equal parts adventure and a warning, and with the wisdom and frustration of half a century behind him, The Alarmist  is the exhilarating autobiography of a pioneering Kiwi scientist who has dedicated his life to sounding the alarm on climate change.

'This is an inspiring book. And a great read.' —Jim Eagles, Kete Books

'Lowe’s story shows me there is light in the bleakest reaches of scientific research, and life.' —Clarrie Macklin, The Spinoff

'This is quite a tale, and Lowe does an impressive job telling it.' —Kerry Lee, Regional News

‘Dave Lowe first sounded the alarm about the unfolding climate crisis more than forty years ago, when he began charting the relentlessly rising curve of atmospheric carbon dioxide above the southern hemisphere. He was witnessing a distressing change – both as he gathered data and spent time surfing the ocean waves he loved – and acted as we should expect all scientists to act when they uncover a clear signal of approaching danger. Despite decades of deliberate disinformation campaigns and political apathy, he hasn’t stopped since. As we enter a crucial decade that will tip the scales between hope for the planet and climate disaster, it’s time we heeded the warnings.’ —Veronika Meduna, author of Towards a Warmer World: What Climate Change Will Mean for New Zealand’s Future

'The Alarmist  shows that advances in science are driven by real people living a real life. Dave breaks the mould by bringing together his personal and family life with his focus on science and his innovative flair that grew from working with other top scientists.' —Prof. Martin Manning, founder of the Climate Change Research Institute at Victoria University of Wellington

Dave Lowe is an atmospheric chemist and a lead author of the 2007 Nobel Prize-winning IPCC Fourth Assessment Report on climate change. In the early 1970s he set up a monitoring station at Baring Head to provide the world’s first evidence of rising atmospheric CO2 in the southern hemisphere mid-latitudes. He has worked in laboratories in the US, Germany and New Zealand, where he developed equipment and methods to determine the sources of methane in the atmosphere. In New Zealand with NIWA, Dave developed an analytical laboratory and helped establish TROPAC, a world-leading atmospheric chemistry group based in Wellington. He has taught atmospheric chemistry at Victoria University of Wellington, where he is an adjunct professor, and between 2012–18 he acted as the government’s German–New Zealand science coordinator. Today, Dave runs an independent business focused on science education and sustainability. He is one of the last surviving attendees of the world’s first atmospheric CO2 conference, in 1975.