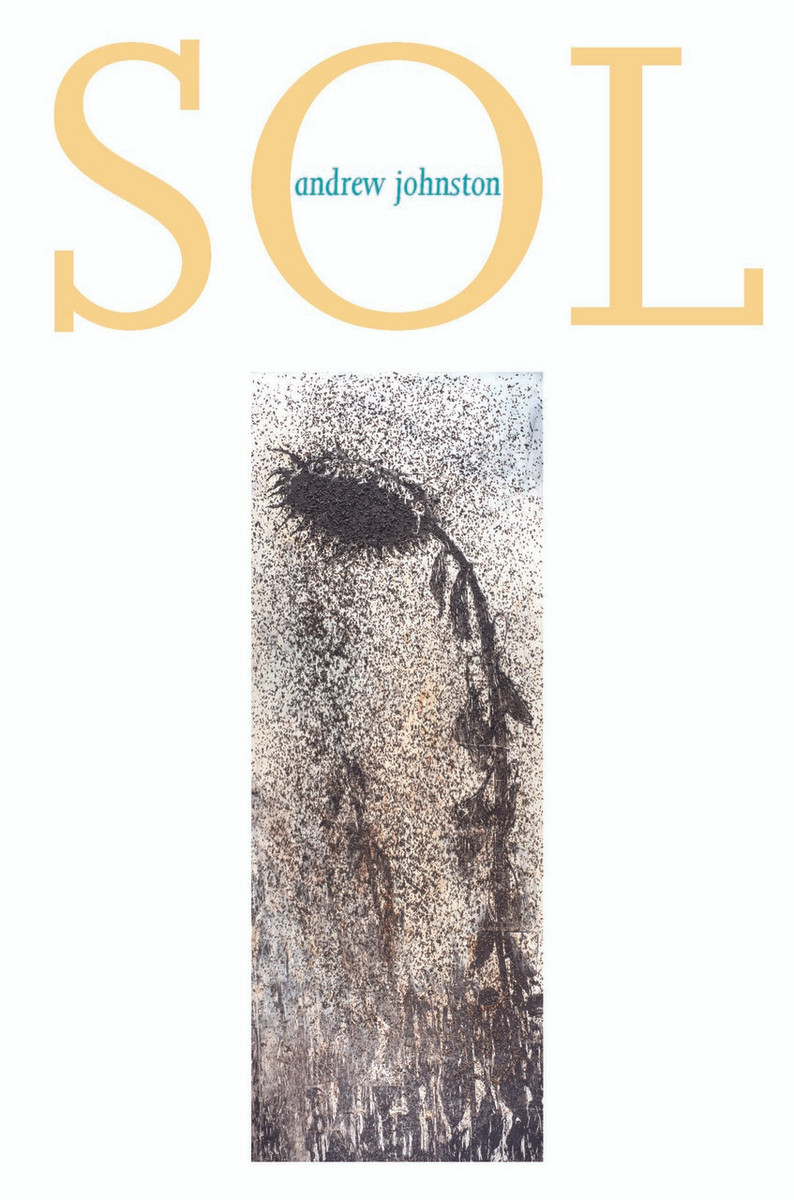 are some of the motifs that play through Andrew Johnston’s marvellous new collection, illuminating with humour and curiosity the ways we link language, loss, history and memory. At the heart of Sol are two major poems. ‘Les Baillessats’ is a relaxed, sun-filled poem to his newborn son. ‘The Sunflower’, an elegy for his father, is a technically dazzling double sestina, and a grave extended meditation on death, family and religious faith and was published in The Listener.

One young bloom in a vase or jar, breath-
takingly yellow. And her
hands, in the morning light, the way
they arrange and rearrange. Death
brings lilies, but someone has sent a sunflower:
this is our penance, staring at the sun,
its blind eye, its ragged halo.
from ‘The Sunflower’

Praise for Sol
‘… Sol, humanly enriched by a twofold sense of mortality (the death of his father and the birth of a son are behind fine poems here), is [Johnston's] most substantial collection to date.’
—Michael Hulse, New Zealand Books

‘A witty, playful and moving collection. … “The Sunflower” is probably one of the best poems I've read for many years. Highly recommended.’
—Harry Ricketts, Speaking Volumes

‘The French-based Kiwi editor of The Page returns with an accomplished collection of poems, with the achingly wonderful elegy “The Sunflower” as its centrepiece.’
—LeafSalon

‘Johnston is a meticulous craftsman and a serious student of poetic form.’
—Lindsay Rabbitt, The Listener