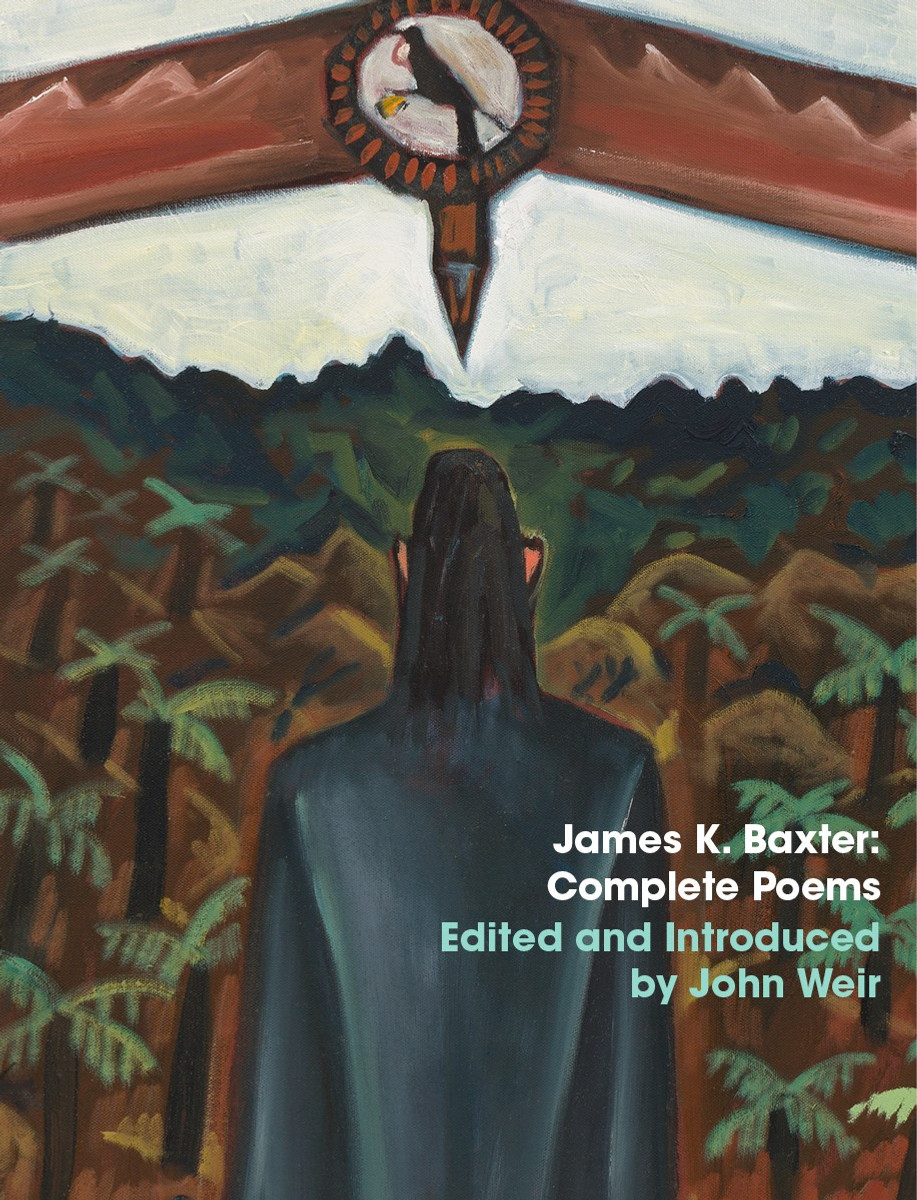 James K. Baxter, one of New Zealand’s greatest poets, began writing poetry when he was a seven-year-old pupil at Brighton Primary School. By the time his first book, Beyond the Palisades, was published when he was eighteen, he had written more than 600 poems. His life’s work, contained in this four-volume set, runs to just over 3000 poems, more than half of which have never before been published. John Weir, a fellow poet, friend and confidant of Baxter, has achieved the Herculean task of sorting these into a coherent order, noting where poems have been reworked or repurposed, their possible inspirations and influences, and Baxter’s own thoughts about his work.

Baxter’s poetry is rich with imagery and mythology, with themes of nature, religion, social commentary and human frailty. It ranges from the spiritual to the obscene, from simple children’s rhymes and witty epigrams to epic ballads and sophisticated modernist works. He claimed the purpose of art was ‘to provide a healthy and permanent element of rebellion’, and that ‘poetry should contain moral truth’. Especially in his later years, many of his poems railed against injustice and oppression, and gave voice to the destitute and downtrodden. He was well aware of his many human failings, and explored these within his poems as well.

James K. Baxter: Complete Poems is both monumental in size and meticulous in its level of detail, and should be of great interest to Baxter scholars and poetry lovers in general.

John Weir was born in Nelson in 1935. He was ordained a priest in 1961 – the year in which he and Baxter became close friends and began an extensive correspondence which lasted until Baxter’s death. He has published poetry, bibliographies and critical monographs, and edited several collections of Baxter’s writings, including his Collected Poems, Complete Prose, and James K. Baxter: Letters of a Poet.

Quarrels with Himself: Essays on James K. Baxter as Prose Writer