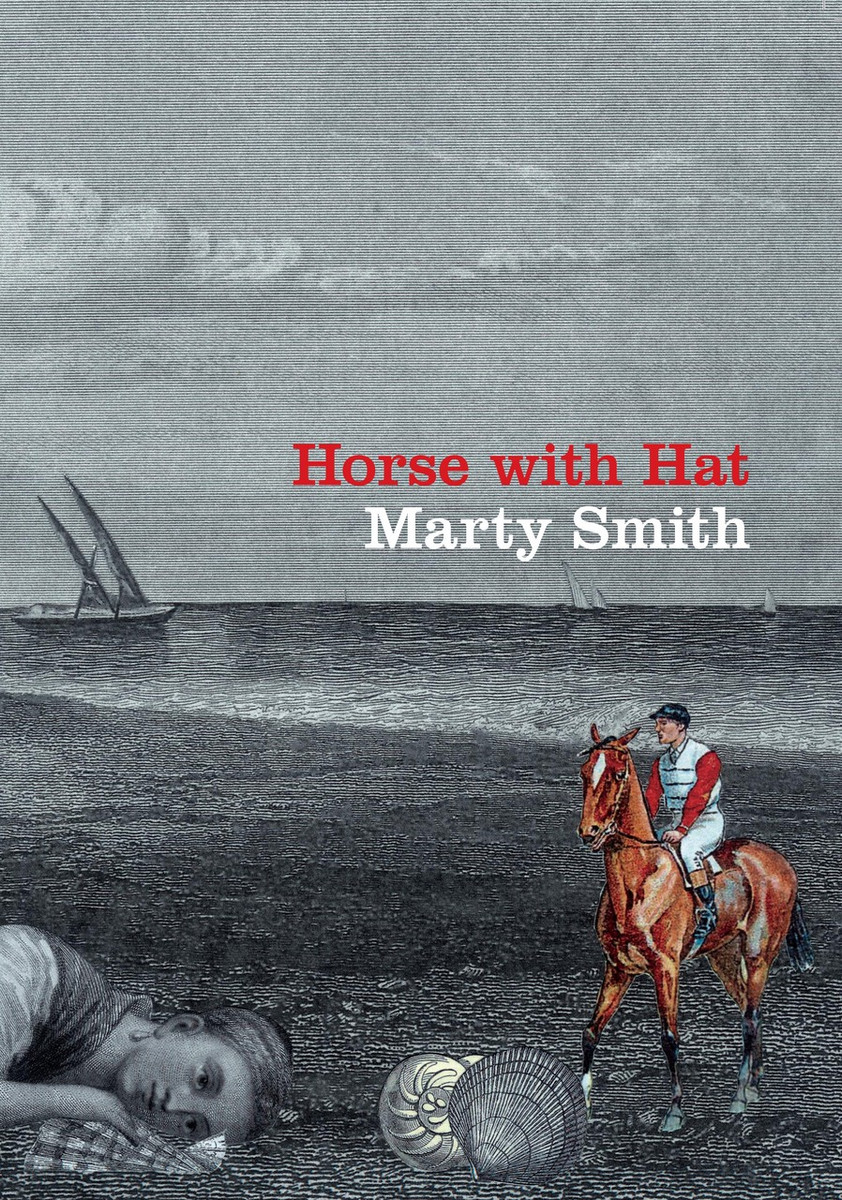 Marty Smith grew up in remote hill country between Pahiatua and the sea. Although her father and grandmother lived on the same farm, one at each end, her father never spoke to her grandmother in her living memory, and their feud is the subject of quite a few poems. They also look at the effects of the gift of silence from the men in her family who suffered the Second World War. Her father made his kids learn to ride bareback, hanging on by their knees, so the whole time she was a track-work rider in New Zealand and England, she never fell off. Other poems look at the long relationship between horse and man and the thousands of years the horse has stood as an icon of speed, power and civilisation. She is interested in how humans invest faith in tokens and totems.

Marty grew up in a time when smoking was communal and companionable, and the people she loved floated through a blue haze like mirages. She wanted to touch them back into life again. As her cousin Barbara says, the child of the most silent brother of all is telling their stories for them.

She teaches at Taradale High School, where she finds the same collective integrity, and the same warmth and humour.

Praise for Horse with Hat

These poems sometimes give the impression of standing on the side of the road when a car swooshes past and you feel it shake the air in front of your face, tipping you a step backwards. This is a gutsy book of poems that gives everything it's got. —Nina Powles, Salient

This is alternately comic, wry, downbeat, vernacular, lyrical: yet is is also at times dark, plangent and moving in its use of narratives distilled from extended family relationships. —Emma Neale, Poetry Shelf

Marty's collection takes you back to the child, to mother and father, and to country life and in doing so you travel through sumptuous lines and layers. This is no rose-tinted memoir — you get grit and you get open views, you get life's awkwardness and you get empathy. It is a fine debut. —Paula Green, Poetry Shelf

Cover and illustrations by Brendan O'Brien.

Spiny Lobsters: Through the Eyes of the Giant Packhorse

What Sort of Man