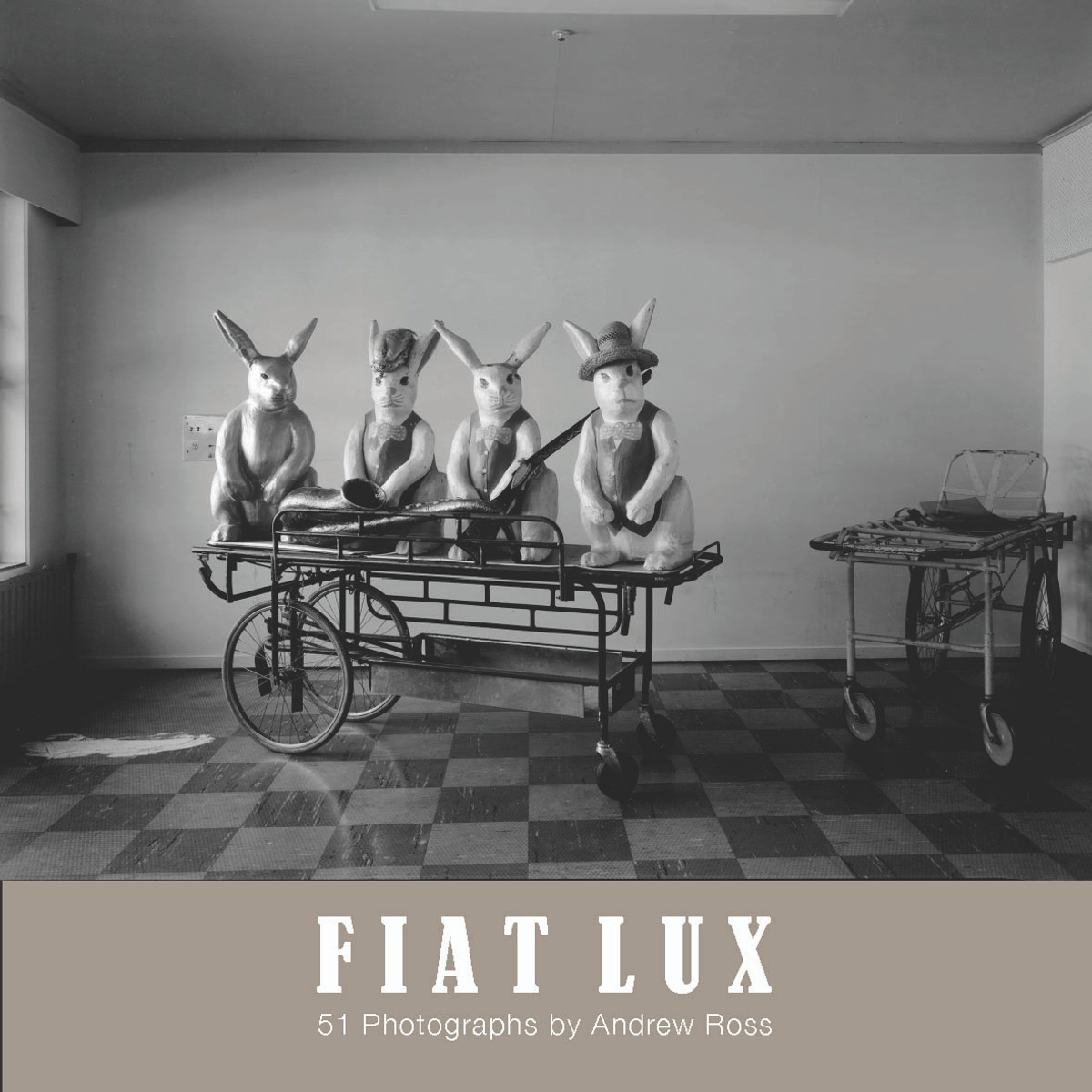 Since 1996, Andrew Ross has been building an extraordinary record of aspects of a vanishing New Zealand. His beautifully lit, atmospheric photographs of dilapidated buildings, industrial workshops and domestic interiors are one of the outstanding bodies of work in contemporary New Zealand photography.

For Fiat Lux, five writers have collaborated with Ross to choose ten photographs each on a particular theme  workshops, environmental portraits, domestic interiors, buildings demolished for the Wellington motorway extension, and the use of natural light  and have written short essays to accompany them.

'Andrew Ross is to Wellington what Atget was to Paris – both the principal photographer of a disappearing city (if old buildings are Wellingtons endangered wildlife, Ross is as close as it comes to a park ranger), but also a very fine painter with light.' —Mark Amery, Dominion Post

'We need people like Andrew to record our past/present. The fact that he does it with such beauty, technical acuity, and persistence is something that we should celebrate. And this book does just that.' —Andy Palmer, Lumiere Reader

Andrew Ross was born in 1966 in Masterton and educated there until 1985 when he came to Wellington and did a BA in history at Victoria University. He became interested in photography in the late 1980s and worked as a darkroom technician on and off at Level III from 1990 to 1995. He started using large format equipment in 1996 and began the ongoing Wellington Views series, a constantly growing photographic archive documenting the City and its environments.

Andrew Ross's photographs have been published in Sport, the New Zealand Journal of Photography and other periodicals, and included in exhibitions in galleries including City Gallery Wellington, Wellington Museum City and Sea, McNamara Gallery Photography and Mahara Gallery. He regularly exhibits at Photospace gallery.

Angel of the Anzacs: The Life of Nola Luxford