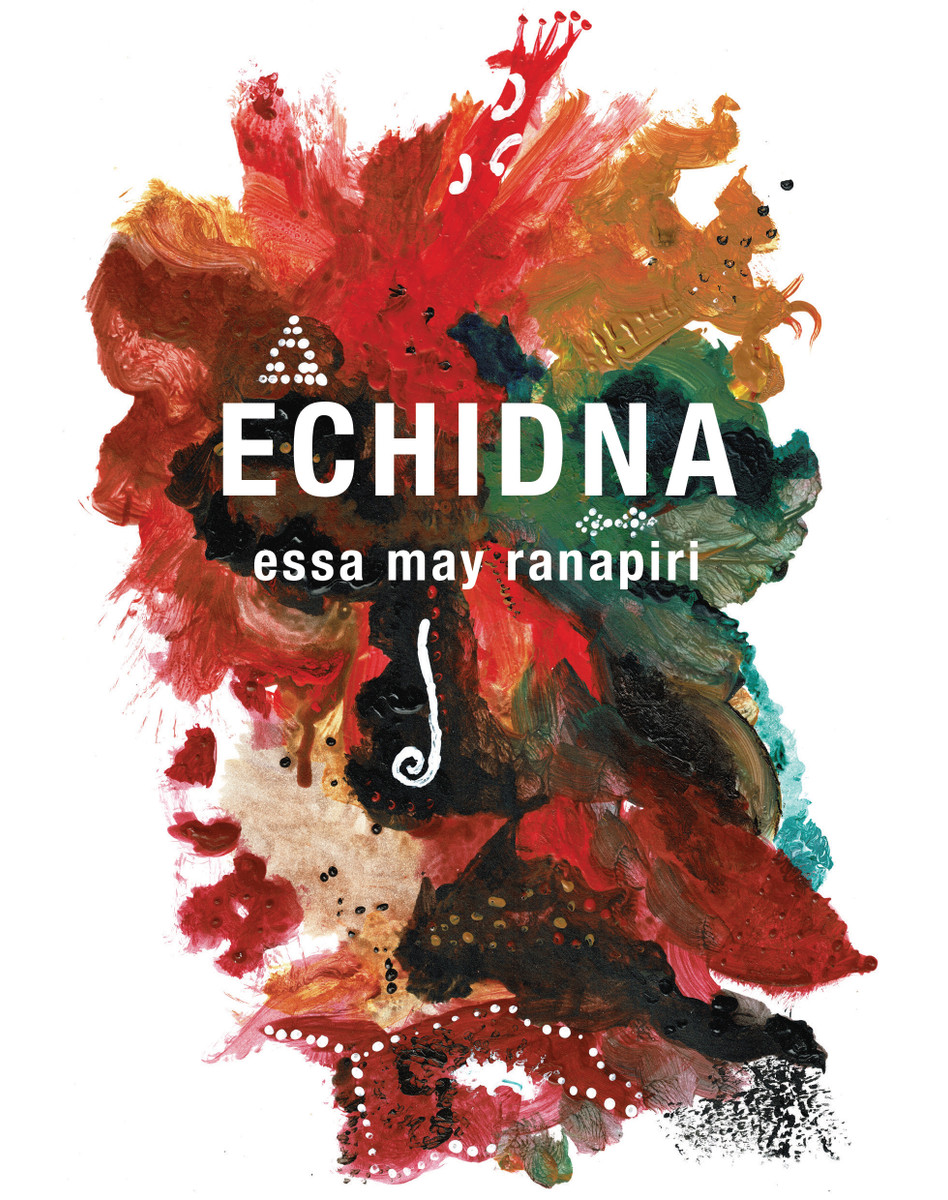 Echidna is a dangerous animal; she pokes holes in men just to
remind them what kind of monster she is wakes up every single
morning and chooses violence cos what choice does she really have?

essa may ranapiri's second poetry collection follows the story of Echidna, their own interpretation of the Greek Mother of Monsters, as she tries to figure out life and identity living in a colonised world. Alongside this Māui and Prometheus get into a very hot relationship.

Echidna contends with three strands of tradition; Greek mythology, Christianity and Māori esoteric knowledge, and through weaving them together attempts to create a queerer whole. It is a book that is in conversation with the work of many others; from Milton and R.S. Thomas to jayy dodd and Joshua Whitehead to Hinemoana Baker and Keri Hulme. Situating and building its own world out of a community of queer and Māori/Pasifika writing, it carefully places itself in a whakapapa of takatāpui story-telling.

'A weaving of contemporary spaces, mythological and cultural inheritances, and above all the wounding slam of colonialism. This is the kind of book an author has given every inch of skin and blood to. I am reminded of Tusiata Avia’s Bloodclot.' —Paula Green, NZ Poetry Shelf

Praise for their first book, ransack:

‘In a world which so often doesn’t make space for non-binary and gender fluid people, essa is clearly carving out their own space . . . And by doing so, with unapologetic and raw words, they are making space for others to follow.’ —Gem Wilder, Booksellers

‘ranapiri’s debut is a triumph of cohesion and layered meaning.’ —Eliana Gray, enbylife

essa may ranapiri (Ngaati Raukawa, Highgate, Na Guinnich) is the author of this book. Their first book, ransack, was published in 2019. They will write until they’re dead.