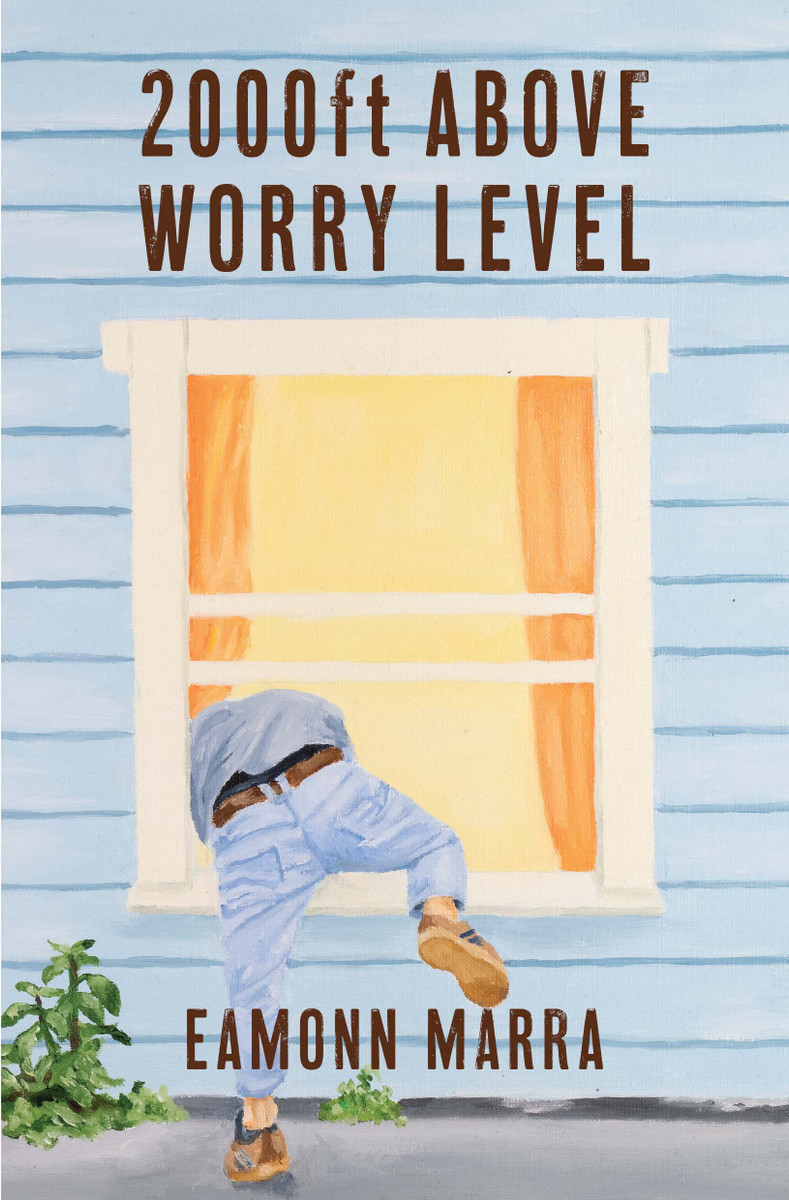 Everything is sad and funny and nothing is anything else

2000ft Above Worry Level begins on the sad part of the internet and ends at the top of a cliff face. This episodic novel is piloted by a young, anhedonic, gentle, slightly disassociated man. He has no money. He has a supportive but disintegrating family. He is trying hard to be better. He is painting a never-ending fence.

Eamonn Marra’s debut novel occupies the precarious spaces in which many twenty-somethings find themselves, forced as they are to live in the present moment as late capitalism presses in from all sides. Mortifying subjects – loserdom, depression, unemployment, cam sex – are surveyed with dignity and stoicism. Beneath Marra’s precise, unemotive language and his character’s steadfast grip on the surface of things, something is stirring.

'It was about page three of 2000ft Above Worry Level. A feeling burst inside me: the joy of recognising something so beautiful and complicated. . . . Everything on the page is so perfect and like nothing I’ve read before.' —Alie Benge, The Spinoff

‘This is the type of hilarious that can only come from a deep understanding of the horror of living. 2000ft Above Worry Level is innovative in its form and a joy at sentence level. Marra’s control of tone and mood breaks your heart with a belly laugh then puts it back together in a way that pulls compassion to the reader like wasps to Budget raspberry fizzy drink. This is a masterful work with a sharp eye, a raging intelligence and an incredible skill for telling a story. You can’t read this book and stay the same. Read it!’ —Pip Adam

‘Eamonn Marra writes about trying to grow into a complete human being in a world that wants only selected parts of you. He does it better than anyone I can think of. His stories are thoughtful and introspective, but each contains the hot wallop of insight that comes from forgetting that anyone but you exists, and looking up to suddenly see someone close to you in a flash of complex vulnerability.’ —Annaleese Jochems

Eamonn Marra is a writer and comedian. He was born and raised in Christchurch and now lives in Wellington. He has a masters degree from the International Institute of Modern Letters. Eamonn’s shows include Man on the Verge of a Nervous Breakdown (2014), Respite (2014/2015), I, Will Jones (2016–18), and Dignity (2018). 2000ft Above Worry Level is his first book.