Q and A with Nick Ascroft

Where Therese Lloyd puts silly questions to Nick Ascroft and gets even sillier answers...

What is your greatest fear?

I like the idea that my fears are great. Other people might call me a coward and think it an insult, but you think my fears have a grandness and I appreciate it. I’m afraid of most great things and the greatest might be tigers or burning to death while listening to opera. Ho ho. I am so facetious and the question means: what are you most afraid of? Probably the STD check where they jam a Popsicle stick down your winky. The more interesting question perhaps is: what is your lamest fear? That would be driving. I am afraid of it. Don’t have a licence. I tell people it’s for environmental reasons, which is a crock of sugar.

When and where were you happiest?

A tough one. I may have a very bleak outlook on the world, but I am for the most part a happy idiot. I should lie and say: at the birth of my son. The happiest bit of gagging I’ve ever gagged. Better maybe was when I had the Burns Fellowship in 2003: an office to myself, more money than I could drink, no obligations – and I used the ostensible prestige as a honeytrap on my now-wife, Kate. What a slimeball.

What is the trait you most deplore in yourself as a poet?

Timidity. I say some occasionally shocking things, but I shy away from others. I don’t want to upset people or have them think me a dick. I shouldn’t care.

What is the trait you most deplore in other poets?

Here’s a thing, sonnets. Yeah – you may be thinking – hate those sonnets. And fair bananas, but if you are unlucky enough to be familiar with my writing you will recognise that I write a lot of the things. Every time I do I chastise myself as it’s a short and blunt instrument of a form. But here’s what rankles. People who call any formless shortish near-fourteen-line thing a sonnet. Ugh. I get it, the form has evolved. Those who eschew rhyme and meter can still put strictures into their fourteen-line poetry (such as five ‘beats’ per line). Fine. But the looser it gets the more my ass twitches.

What is the greatest extravagance in your poetry?

What do you consider the most overrated virtue in poetry?

Which words or phrases do you most overuse in your poems that an editor has to help you erase?

It’s the kind of question that makes me put my hands on my hips. The audacity! But yeah … I am particularly sensitive to repetition as an editor myself. Editors haven’t scolded me for anything much, although the editor for my selected poems, Hamish Ironside, pointed out I had used the word ‘grand’ twice in the poem ‘Art Is Weak’. It was like Sophie’s choice which one to change, but a little bit harder if I’m honest. I think punctuation has been a larger problem for me. I have curtailed my comma splicing, and in Moral Sloth there are only seven semi-colons! But still 22 exclamation marks, and there is never any need for an exclamation mark. They come across a little desperate. Especially after a joke. Watch: They come across a little desperate! Especially after a joke!

What do you consider your greatest poetic achievement?

Probably the rhyme of ‘corkage’ with ‘mortgage’ in the poem ‘The Plotz’.

What is the quality you most admire in any living poet?

I like Cilla McQueen’s boundary-transcending. In fact I like it in anyone. At times I find myself in self-imposed exile in the land of ‘poetry is typed words on a page that look a certain way’. What I found liberating – like a good slap across the chops – in Cilla’s memoir poem In a Slant Light was the reminder that the desire to express oneself in art needn’t be confined to one form. There was Cilla in 1980s Dunedin, writing, acting, making music, drawing, collaging, recording soundscapes and seeing it all as a single expressive thing. That used to be me, I thought, hustling like a so-and-so. Recently, I’ve found it’s good to water-blast the cobwebs and write a song or draw a cartoon. They may be horrendous. But that feeding of the inner Renaissance teenager helps keep a bit of liberty and hunger to the main gig. For me, sadly, poetry. Cilla still has that spirit in her writing and art, doing whatever she likes.

What is the highest scoring word you’ve ever played in Scrabble?

Disclaimer. I play competitive Scrabble and am the current president of Scrabble Wellington (email me if you want to play). The answer: I can’t remember. Scrabblers are often asked this, but unless you have a fantastically odd word that lies across two triple word scores (called a nine-timer or a triple-triple) then the highest scoring plays are much of a muchness. The first nine-timer bonus I played was UNGUENTS for 140 points. I think I had one with a Q in once, so that would’ve been more.

If you were to die and come back as a person or an animal, what do you think it would be?

The journalist Philip Matthews recently made a good dig at atheists on Twitter, noting that they are a lot like vegans. I was livid. Someone quipped back, modifying the classic vegan joke: How do you know if someone is an atheist? Don’t worry, they’ll tell you. Again, apoplectic with rage. And mainly because the point is well made and rather on the nose. And as I spent 21 years as a vegetarian with those blasted vegans one rung higher on the righteousness ladder, I am not fond of the butter-haters. To the matter at hand, as an atheist – and a pedant –I find the question semantically absurd. The verb die used of the subject Ascroft entails that he no longer exists. Death is not a state one can be in and then go on and do something else. If a subject is ascribed the condition of death, it means the subject once existed and could do all the things that verbs in the present tense might allow them, but now the subject can only take on past tense verbs. The phrase ‘she is dead’ tricks us as language users into thinking there is still a she who is doing something, but what it really means is more meta, the pronoun itself is no longer applicable in this time period: ‘she is’ is dead. So I will read the question as: ‘If you were to continue living but were transformed at the moment that others mistook for your death into a person or animal, what the fuck?’ A duck.

The person in New Zealand whose poetry I like the most is Richard Reeve. I’m not going to call him my favourite or anything as he has a big enough head as it is. If you haven’t you should read his most recent collection Generation Kitchen (OUP 2016), and especially ‘Into the Compost’.

The non-New Zealand poet is tougher. In the past I might’ve said Dylan Thomas or Robert Burns. There’s a lot of Lord Byron’s Don Juan in Moral Sloth as it was such a revelation to me when I read it last year. I might’ve said him. I might’ve said Bruce Robinson, who wrote the screenplay to Withnail & I, a film that is also probably the greatest poem ever written. There are two hidden references to it in Moral Sloth. But the truth is it has to be Dr Seuss. Only in reading his … I’m going to say oeuvre … oeuvre to my toddler have I realised what a towering influence he has had over me. The rhythms, rhymes, absurdity and invention. If only I had written this:

Sleep thoughts are spreading throughout the whole land.

The time for night-brushing of teeth is at hand.

Up at Herk-Heimer Falls where the great river rushes

And crashes down crags in great gargling gushes,

The Herk-Heimer Sisters are using their brushes.

Those falls are just grand for tooth-brushing beneath

If you happen to be up that way with your teeth. 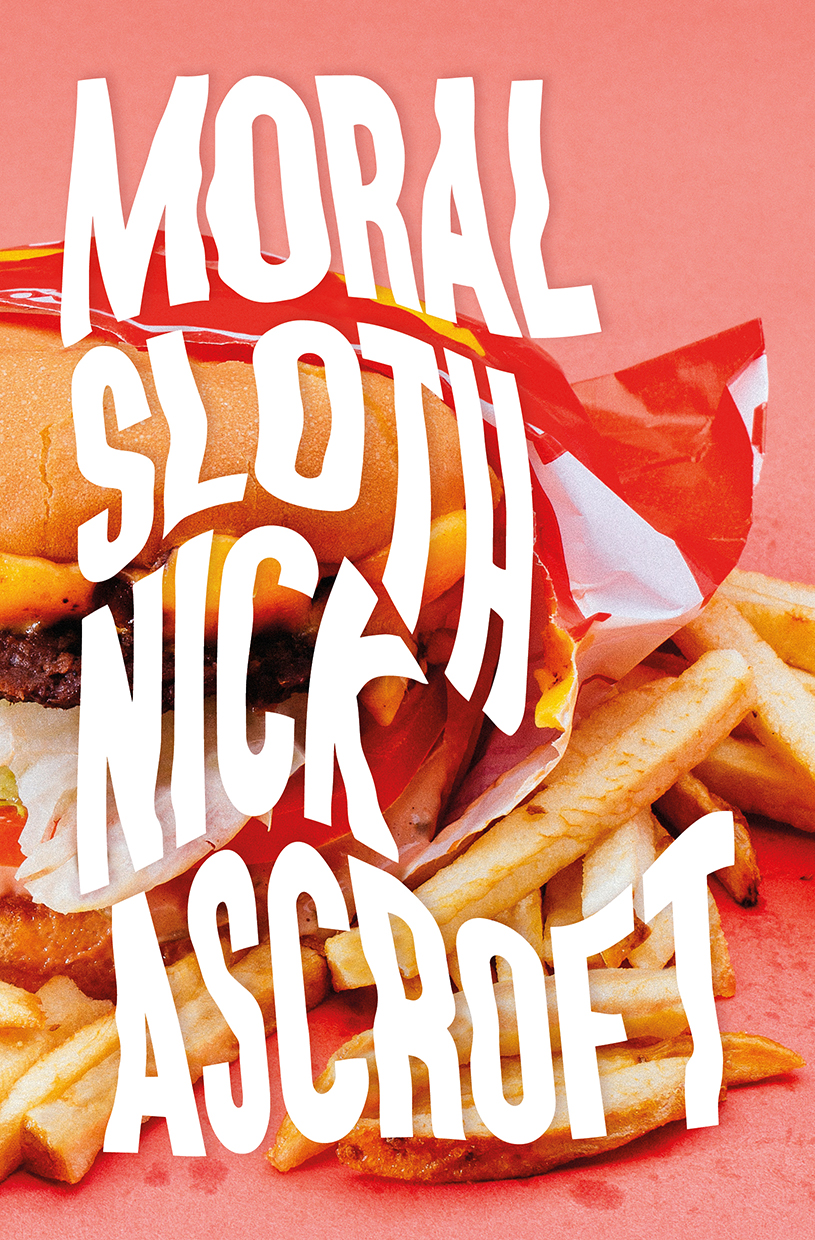