Launch speeches for Head Girl and 2000ft Above Worry Level

We launched Head Girl by Freya Daly Sadgrove and 2000ft Above Worry Level by Eamonn Marra at Unity Books in Wellington on 13 February. Thanks to Hera Lindsay Bird and Annaleese Jochems for their launch speeches which we've reproduced here. 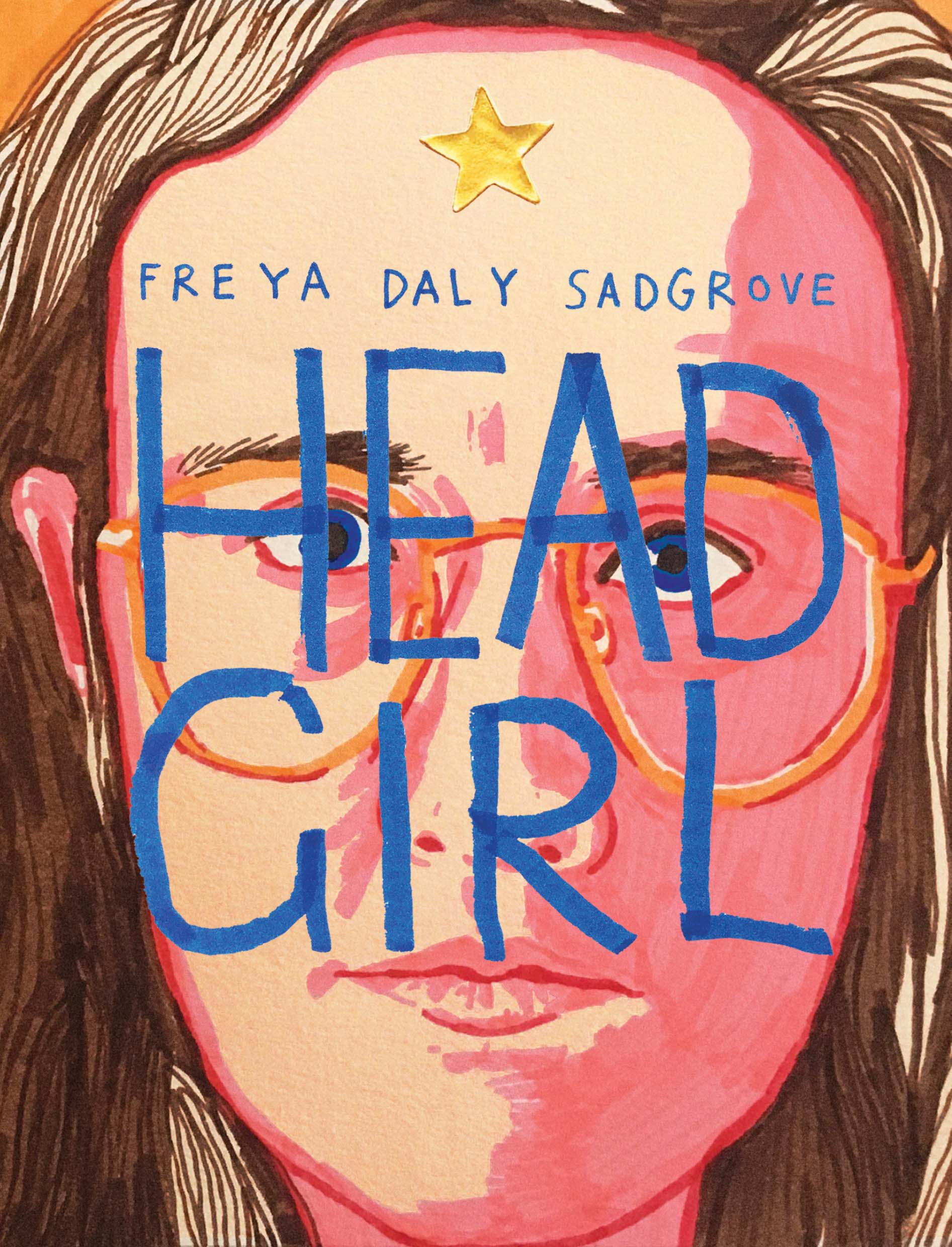 Hello and welcome to the launch of these two absolutely bitching books.

As far as I can tell, a launch speech is halfway between a best man speech at a wedding and Winston Churchill declaring war, but before we get into defending the motherland I want to talk about Freya.

One of the first things you notice about Freya is her freakishly abundant levels of natural charisma. It’s disconcerting to meet a poet with charisma, because most poets are people with such ingrained communication deficiencies they’ve built an entire identity around overcompensating for them. But I mention charisma because it’s the closest I can come to describing this intangible quality in her poetry, which makes her writing so compulsive. I’ve honestly had a terrible time writing this speech, which is dumb because it’s also the easiest speech I’ve ever had to give. As my boyfriend said the other night, it doesn’t matter what you say because as soon as you stop talking Freya will get up and read her work and anyone here who’s heard Freya read before will understand why all praise is basically superfluous.

I know a lot of big adjectives, many of which could be applied to this book. I could read Freya’s best lines out all day long and sound like a genius by proxy. But I’m wary of doing that, because although Freya is now legally the funniest person in this hemisphere, I feel like it doesn’t do her work justice.

I’ve been racking my brains trying to think of things to say about why Freya’s writing is so important to me, and after weeks of trying, the best answer I could come up with is: I don’t know. I cannot tell you. I just don’t know. I feel like I’ve been trying to take apart an antique grandfather clock in order to understand the concept of time, and all I have to show for it is a lot of pieces of what once used to be a very expensive clock.

I have absolutely no idea what makes Freya’s writing so profoundly funny, and surprising and moving. I don’t know what it is specifically about her cadence or turn of phrase. I only know that when I read her work, whatever that thing is, I feel it. I feel it in my gut and heart and all the cavities in my teeth. It gives me that feeling I’m always searching for as a reader and very rarely encounter, the feeling of discovering something totally new and exhilarating – like an ancient king hearing Miles Davis for the first time, while at the exact same moment, feeling like I’ve just come home.

Head Girl is ruthless in its emotional interrogation of human behaviour. I feel like at its heart, Freya’s poetry is concerned most with the question of how to be a person in the world — how we treat ourselves and other people. How we get up and continue living every day, even when we don’t want to, and how we are helped, and in turn help other people to do the same.

Two of the most beloved adjectives to apply to any contemporary book are ‘unsentimental’ and ‘unapologetic.’ Freya’s poetry is neither of these things, and honestly, thank Christ for that. I’m proud to say Head Girl is a ruthlessly apologetic and dangerously sentimental book. It is, in the truest Frank O’Hara sense — open hearted. And, it hardly needs to be said but I’ll say it again anyway, it’s just really really fucking funny.

Freya is in a class all of her own. She is so much in a class of her own she is home-schooled and refusing to be vaccinated. She is Tonya Harding at the ‘94 Winter Olympics but this time without the loser boyfriend. Freya is one of the funniest people I’ve ever known, on or off paper, and this is the kind of book which not only has the capacity to make you piss yourself laughing on public transport, but it’s also, I think, the kind of book which, makes it easier for other people to live, and that’s the highest compliment I can give. 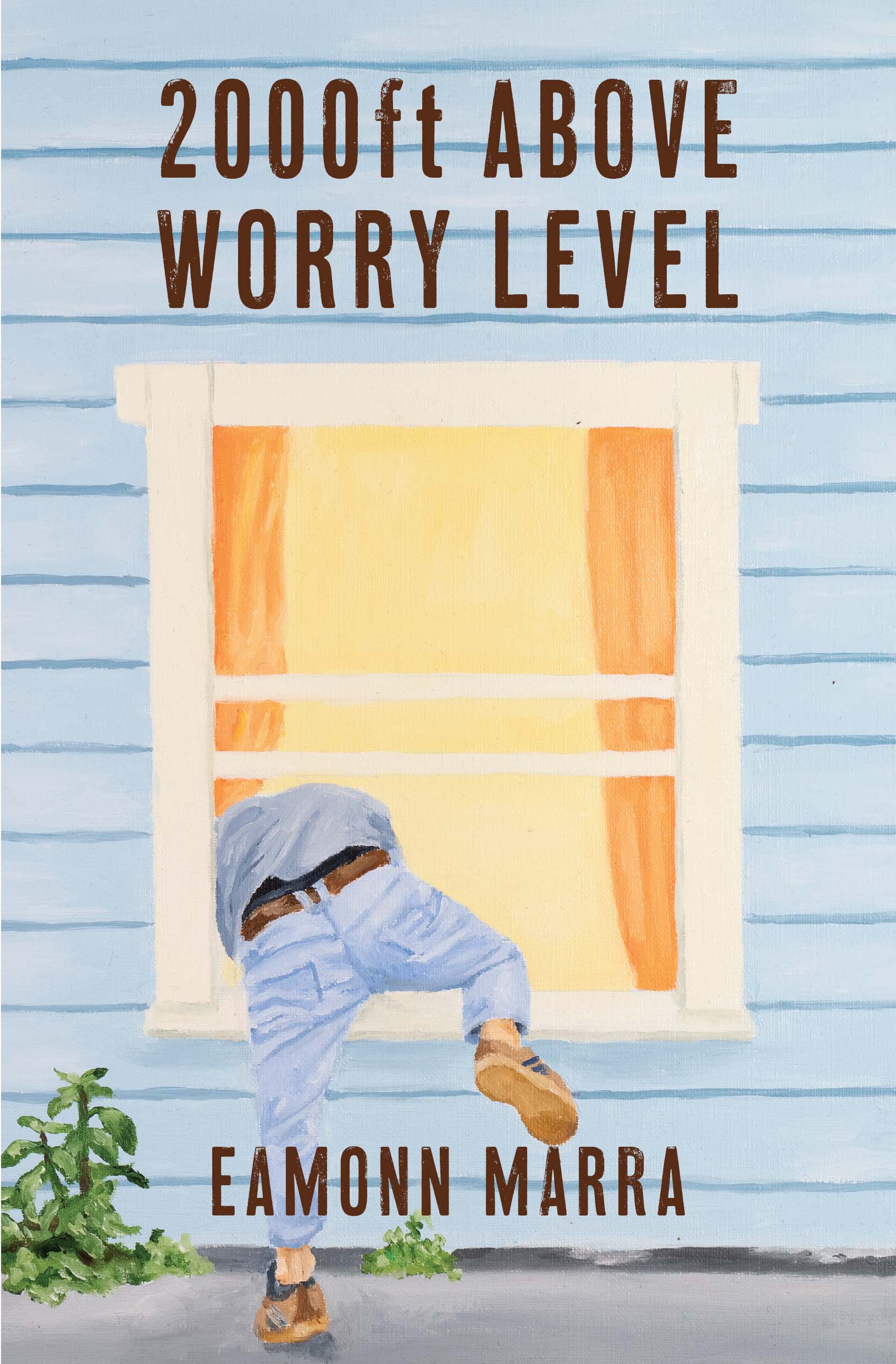 I’m so excited to be giving this speech, because Eamonn Marra is one of my favorite writers. He gives me something I need: He writes with grace about being young and wanting to be good, and failing, and then wanting to be good enough – and eventually succeeding.

2000ft Above Worry Level is a collection of interconnected short stories about Joe, a young man in Wellington with no money, sometimes no job, and for a while nowhere to live. The style is reminiscent of Frederick Barthelme, and the tone similar to George Saunders (except Marra is funnier.)

These stories are affectionate, and punchline-funny — ‘Wow,’ I said, which is what I said every time we started to have cam sex,’ — but, with laconic control, Marra describes a world in which everyone is allocated exactly and only what they can afford.

Tonally, he’s is a master maneuverer. Over and over, while distracting me with tricks of comedy and plot, Marra seeded thoughts in my mind, so banal as to be unspeakable, but so, so insistent: ‘Why do things have to be the way they are? Why can’t love be enough? Several times I was reduced to mute, frustrated tears, and the symptoms were worse, not better, on second reading.

In the psychologically constricted world of 2000ft, everything’s noted in a moral-financial tally, so that the numbers associated with the characters become specters larger than they are.

Many of the stories are told in the voice we use speaking to our friends, but others are intimate in a different way — they’re in the voice we use in our minds, to justify ourselves to an imaginary big other, the silent judge of everything we do. There’s dramatic irony here, because as we know, we’re the only one’s listening: All this frenzied self-restraint and self-justification are for nothing.

Throughout 2000ft characters attempt to story-tell their way to lives they can be comfortable in, or to selves they can be proud of. In ‘Dog Farm Food Game’, when images of their bodies are not enough, online lovers narrativize the significant failures and betrayals of their lives for each other, attempting mutual seduction via pity. In 'Home', Joe’s mother posts edited videos of herself ‘in paris’ in her spare bedroom, in front of an improvised green screen. Sometimes, as in life, it feels as if the understanding and sympathy the characters need are limited commodity’s they’re competing for, but then — at other times, they see each other — and those moments comfort the reader in a way only possible when we feel seen ourselves.

I can’t wait for everyone to read this. It has all the scope, movement and time of a novel, and each story has its own enclosed, specific intensity, and arc.

Consider Daisy, the infertile breeding dog, creeping into the bedroom during an abortive attempt at cam sex; or the compass stabbed wart, bleeding in the back row of an English lecture; think of Duncan, the unemployed, homeless boyfriend of a flat mate, half-nude in the lounge, splayed across the couch.

With his intricate attention to tone, Marra reminds us that we live in a world of excess and lack, debt, and love.

Congratulations Eamonn, and thank you.